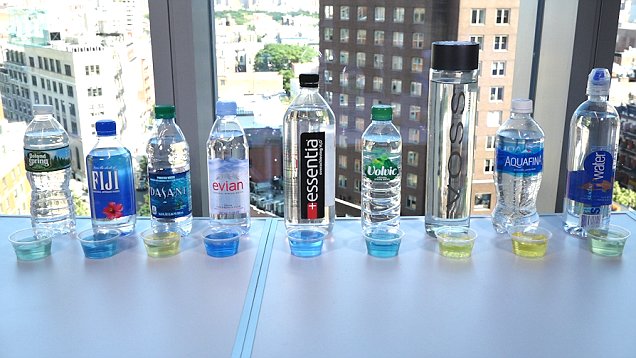 In ‘The Age of Plastic’ the fight will start with a Single Bottle of Water.

We can easily call the 20th Century ‘The Age of Plastic’.

Outside the plastic single use dilemma, the bottled water that we buy for up $3, having mind that it is better than tap water include tiny particles of plastic. This finding was done by researchers from the State University of New York at Fredonia and non-profit journalism organization Orb Media, who discovered, after testing 259 water bottles from nine different countries and different famous brands from Aquafina, Dasani, Nestle Pure Life, San Pellegrino up to 11 brands where 93% of water has microplastic contamination.

After these findings The World Health Organization will carry its own investigation to assess the potential risk of microplastics-particles on our health.

The US itself is responsible of less than 1%. Nevertheless, American companies have the ability to create changes and let the world follow them. They are uniquely in a position to influence on how to suppress the infiltration of plastic in our lives. According the director of ocean conservation policy strategies at the Monterey Bay Aquarium in Monterey, California, Aimee David,

“We were the ones that adopted a single-use, disposable lifestyle before anyone else did, and we exported it. I think now we are likely to be the ones to adopt change faster than anyone else.”

David exposed the problem but she never suggested a concrete solution on how to implement a working example to rectify the single-use disposable plastic. Someone is doing it and it is a US but a UK company.

FloWater, a UK based company, is bringing us back to the period before plastic by creating a very good tasty water minus the plastic. They are proposing to let people bring their own refillable glass bottle to a renovated concept of the classical drinking fountain. They call it “un-cycling” but avoiding plastic from getting into the cycle. In an interview with Forbes, Rich Razgaitis, co-founder and CEO of FloWater, in an attempt to bring his idea to the US said, “We need to wean America off its plastic water bottled addiction.”

He added, “While we all wish everyone would simply drink tap water, there are some substantial issues with tap water today.” He gives an example the Flint contamination of tap water disaster that added to the mistrust the quality of the tap water. He goes further by saying that the industry will not flourish into a $100 billion market the consumers did not care about water.

The company is in a mission to reboot this industry relying on the environmental consciousness of people to get rid of plastics in general and the single-use disposable bottle. In ‘The Age of Plastic’ the fight will start with a Single Bottle of Water.

Be My Baby to Bridge Over Troubled Water: Hal Blaine’s greatest performances