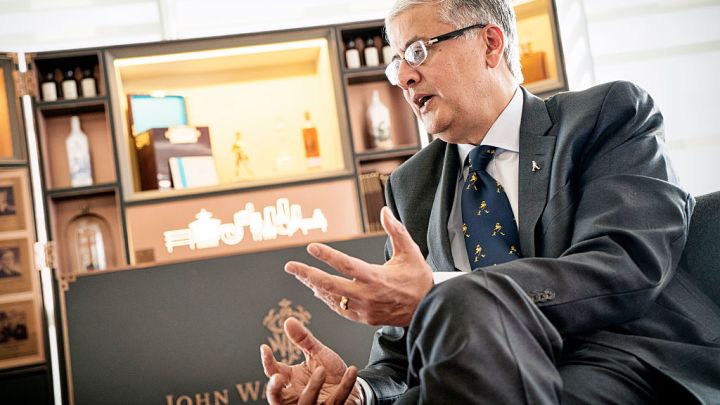 “We are benefiting from consumer trends where people are drinking better and want better brands and experiences,” he said in an interview with Sara Eisen of “Squawk on the Street.”

“It’s part of this trend of people wanting more premium brands and enjoying the quality that’s behind a Don Julio tequila,” Menezes said. “People are moving to spirits and cocktails in a bigger way from wine and beer, and people are trading up for more premium brands.”

As the partial shutdown of the U.S. government dragged through most of January, consumer confidence hit a 1½-year low while markets worried about the outlook of 2019.

Menezes said the spirits industry is not immune to global economic and spending declines, but they’re “better positioned” to weather the storm by following trends. Furthermore, sales grew 20 percent in China with scotch brands.

“[It’s] hard to see a sustained shift yet, but … we’re watching it closely,” he said. “That trend is very strong and continues on a secular basis, so while there will be some impact from an economic slowdown, we’re not seeing it yet.”

Shares of Diageo are trading up more than 5 percent midday and reached year-over-year highs.