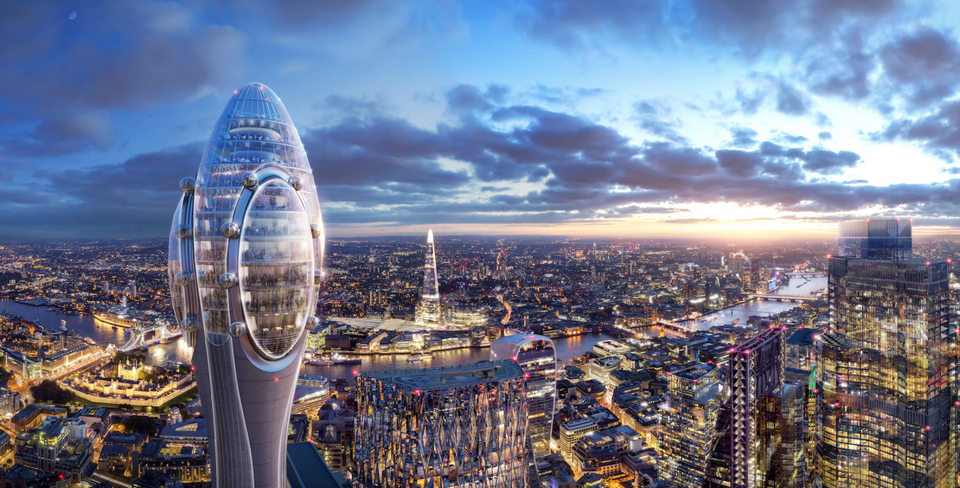 It’s officially winter. Time to warm up with some hot properties in three of the world’s great (and chilly) cities—New York, London and Seattle. 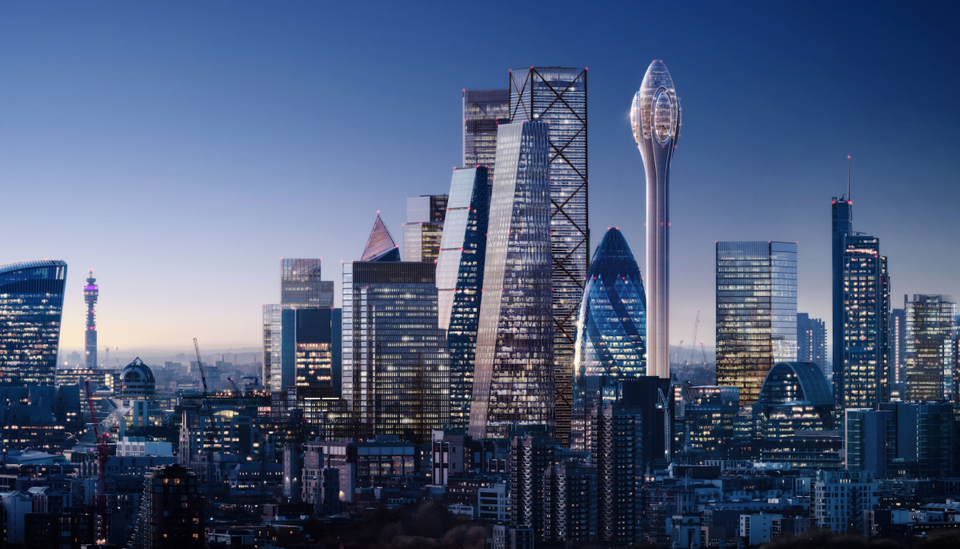 Destined to become a hyped architectural fixture on London’s modernized skyline, The Tulip is as bold and futuristic as its neighbor 30 St. Mary Axe (affectionately known as “The Gherkin,” also designed by Foster + Partners). 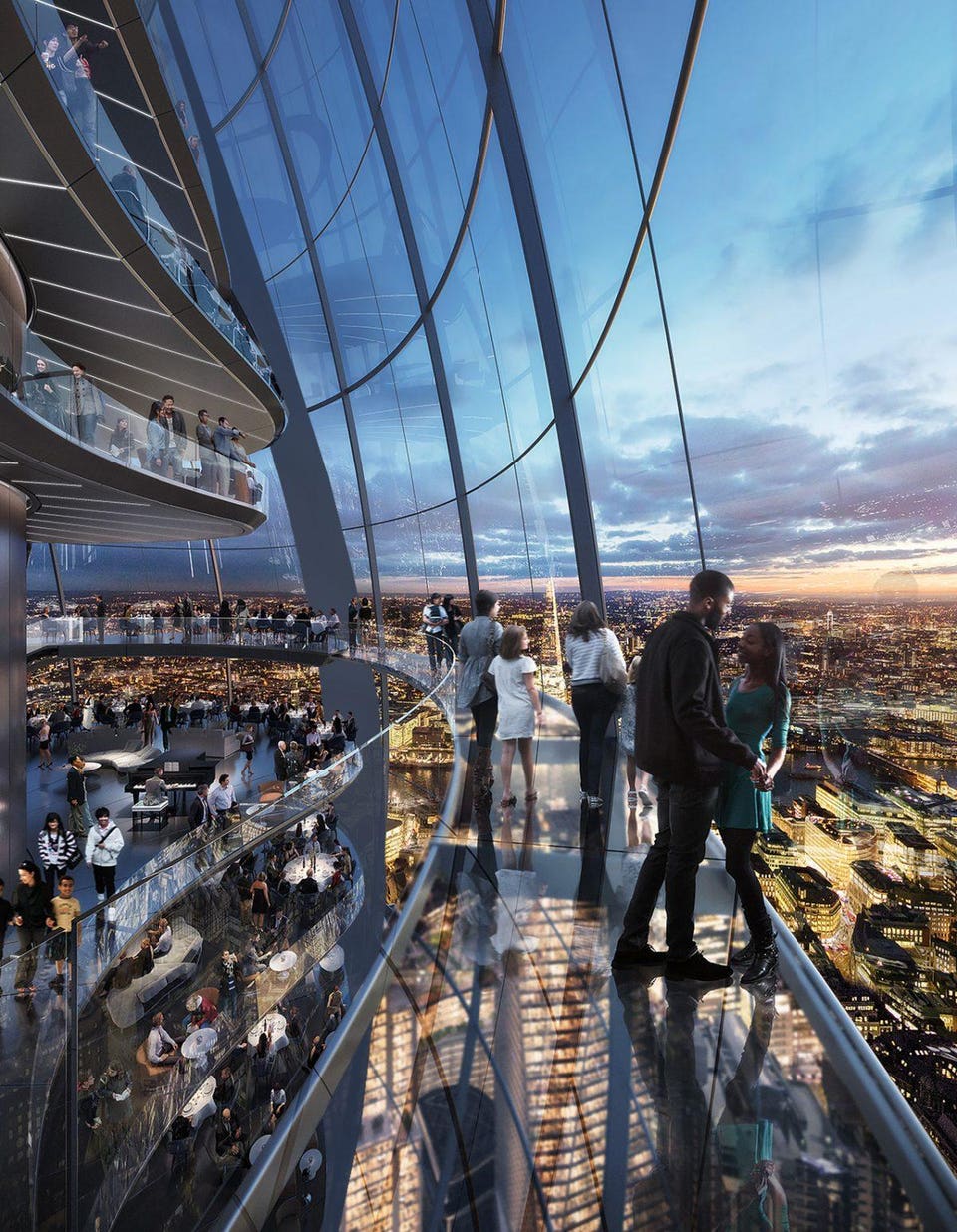 The Tulip will be 1001 feet tall, with viewing galleries, sky bridges, internal glass slides, and gondola pod rides on the building’s façade. Part of the tower is dedicated to a free educational facility for London’s state school children. 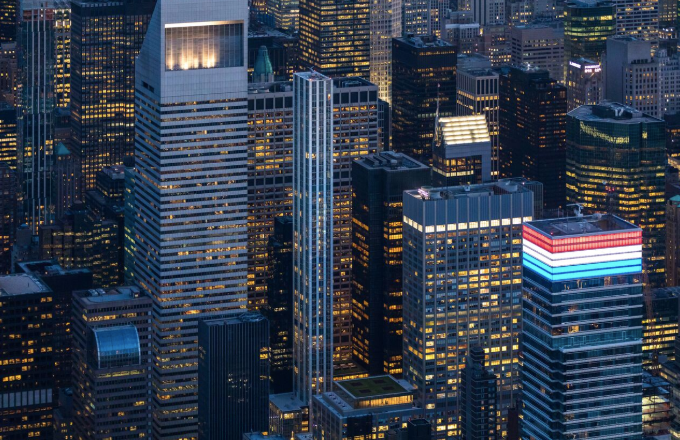 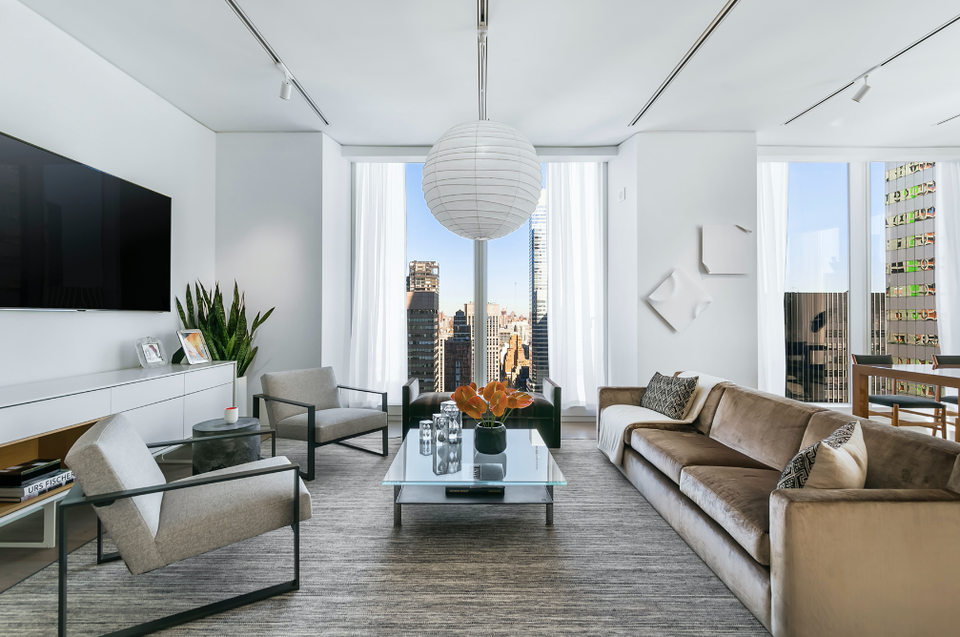 Towering 63 stories high, it boasts an undulating façade inspired by (and complementing) it’s neighbor—German-American architect Mies van der Rohe’s iconic Seagrams Building (owned by Rosen’s RFR Holding), constructed in 1958. Contemporary art will be a guaranteed feature in the building, like most Rosen projects. Blessed with sweeping Manhattan views, the new 36th floor residences are furnished by designer William T. Georgis—which include Foster + Partners-designed custom millinery, knife-edged Carrara marble in the kitchen, and bathrooms bathed in Silver Striato travertine. Unit 36A is a 1,638-square-foot home with two full master suites and master bathrooms while unit 36B is a massive 1,375 one-bedroom. 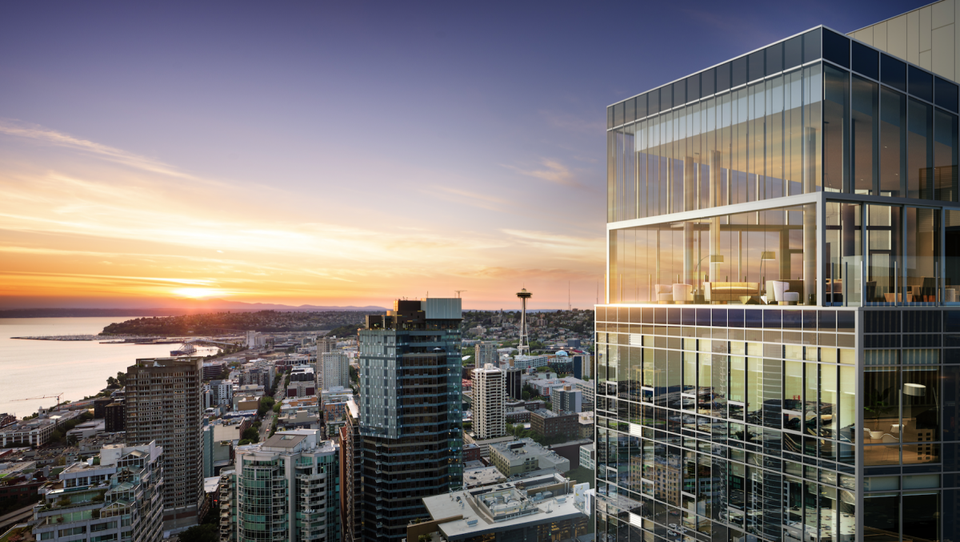 The Emerald is one of Seattle’s most anticipated condominiums—a jewel rising 40 stories with 265 luxury residences (and penthouses) along the waterfront—walking distance to the piers. 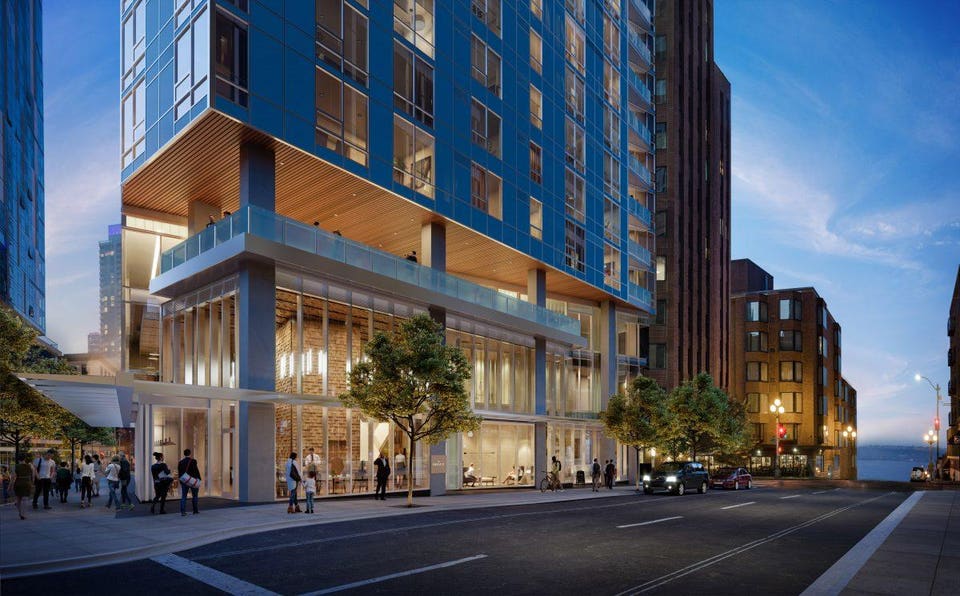 The Emerald (with its cantilevered decks) is conveniently located near Pike Place Market.Image by Steelblue 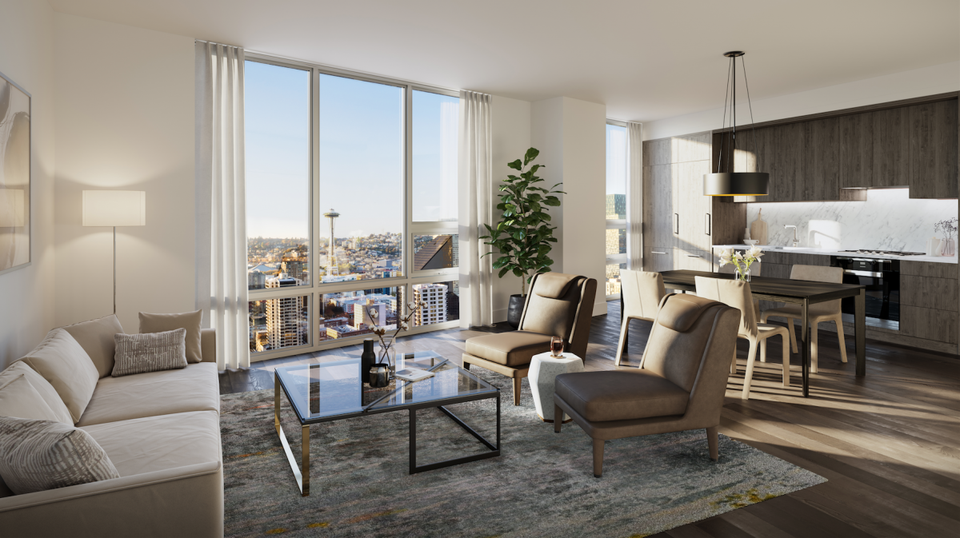 The Emerald is adjacent to the Pike Place Market, between downtown and Belltown. Hewitt Architecture and Design executed a creative space solution for the smallish 7,350-square-foot corner lot—as the residential building soars skyward, its floor plan expands up to 9,100 square feet in angled, cantilever form over its Broadacres Building neighbor to the south. These expanded floors take the shape of the shifting street grid pattern between downtown Seattle and Belltown. 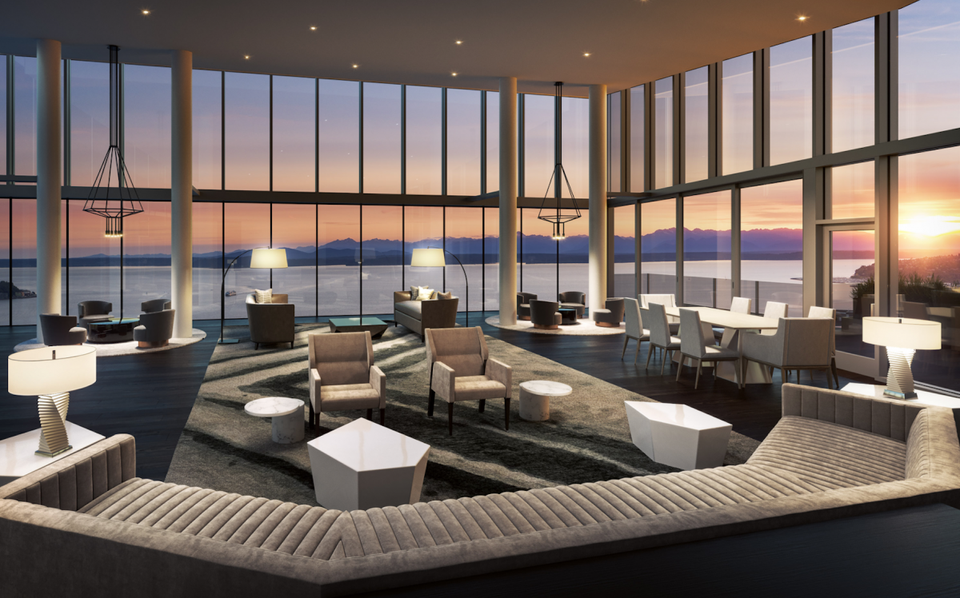 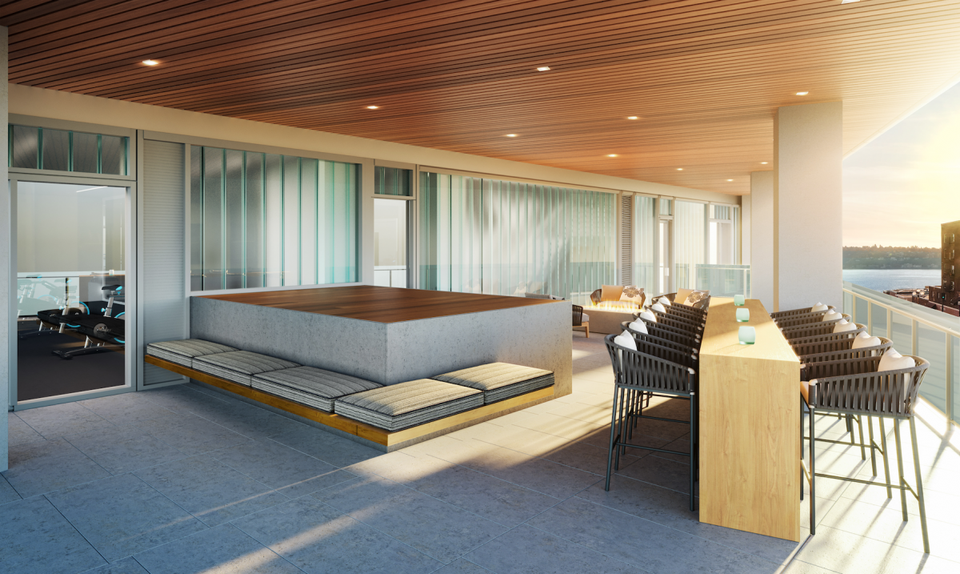 Roof-level amenity spaces and terraces boast unobstructed westward views of Puget Sound and the Olympic Mountains. The Emerald residents can immerse themselves in the energy of Seattle’s famous market, vibrant waterfront and downtown commercial area mere steps from their home—a gracious welcome to The Emerald City and its namesake condominium. 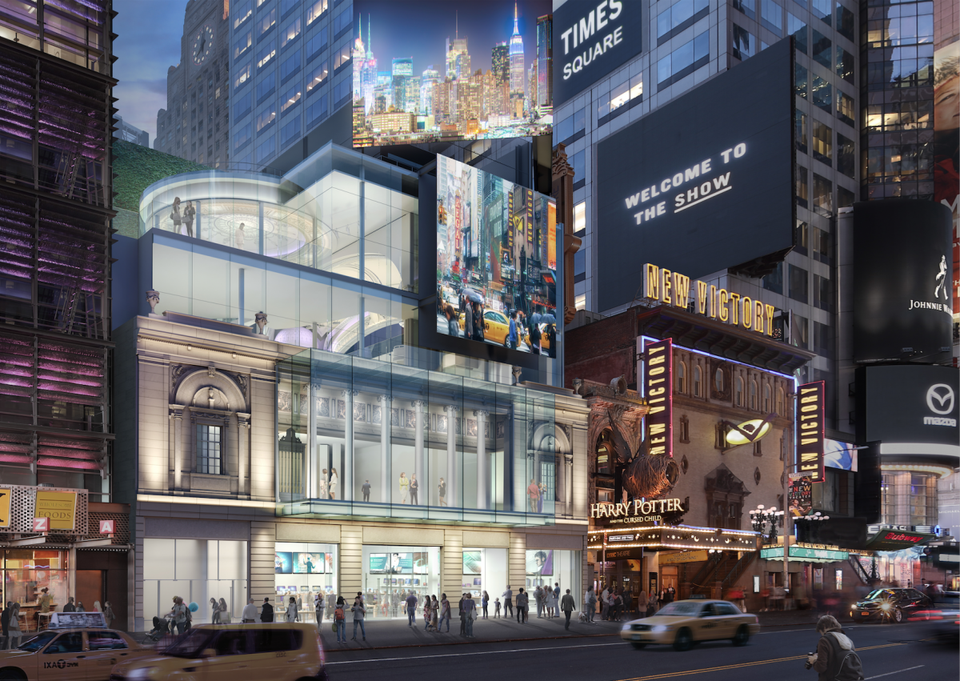 The historic Times Square Theater is getting a modern makeover, anchored by a stand-alone, street-level experiential retail destination. Designed by architecture firm and historic preservation experts Beyer Blinder Belle, the theater’s transformation comes a century after architect Eugene DeRosa built the original property. The site will be primed for a new tenant by 2020. 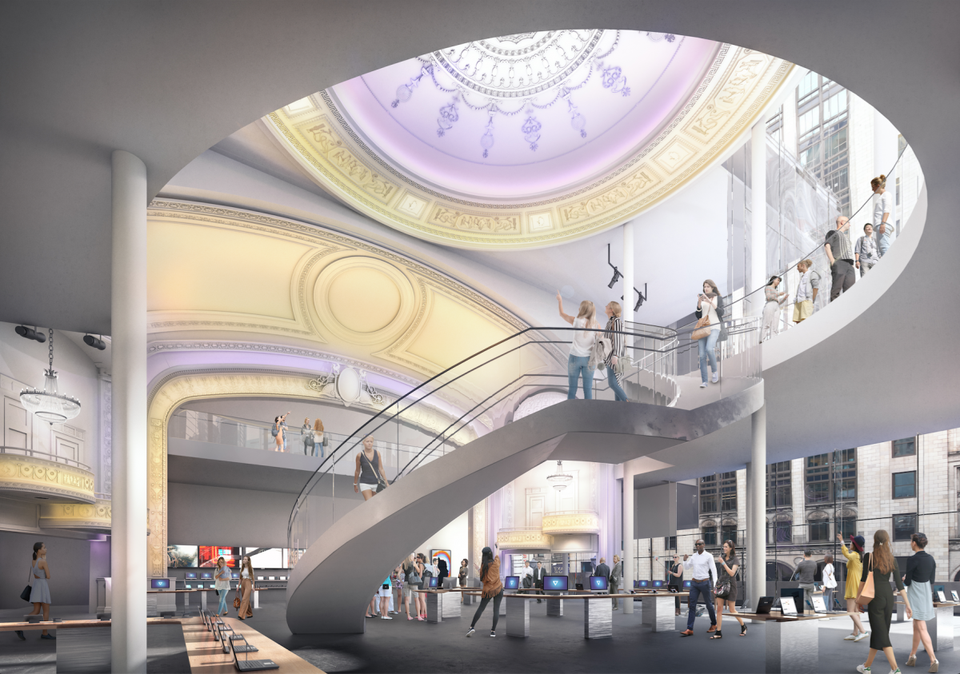 Times Square Theater’s restoration will be the next phase of 42nd Street’s Renaissance which has witnessed the modernization of The New York Times building, The New Victory Theater, Madame Tussauds, etc. 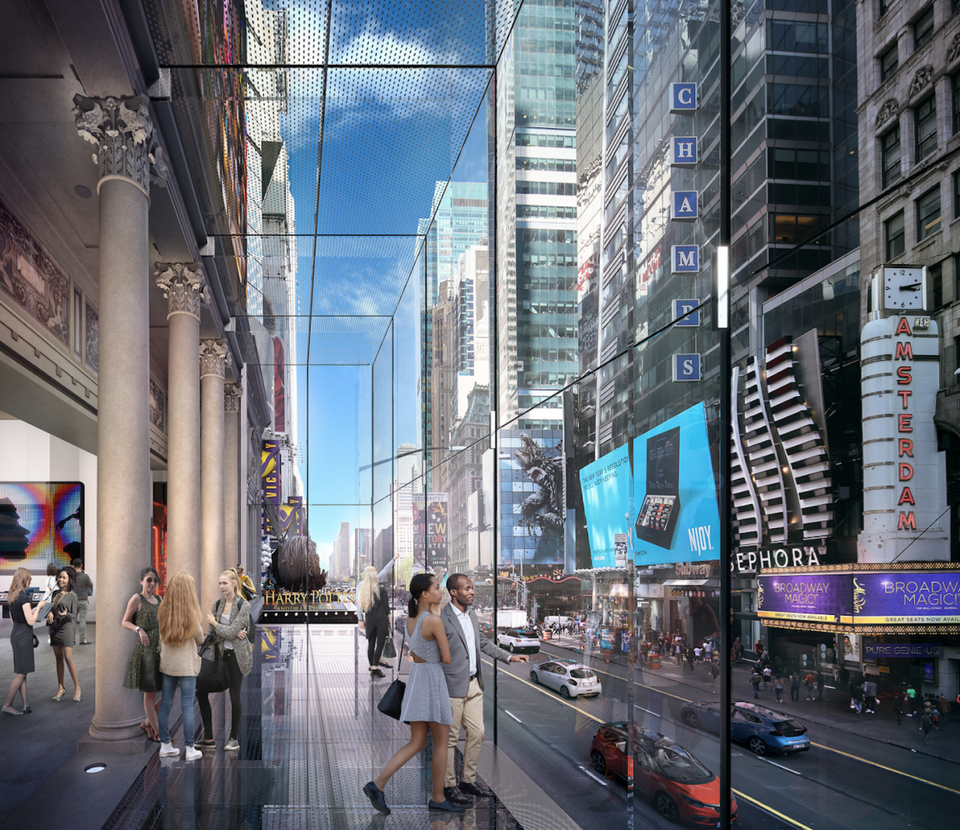 Modern design elements will be integrated with restored original components, creating an enduring 21st century aesthetic worthy of the theater’s rich past and future potential on the new 42nd Street. 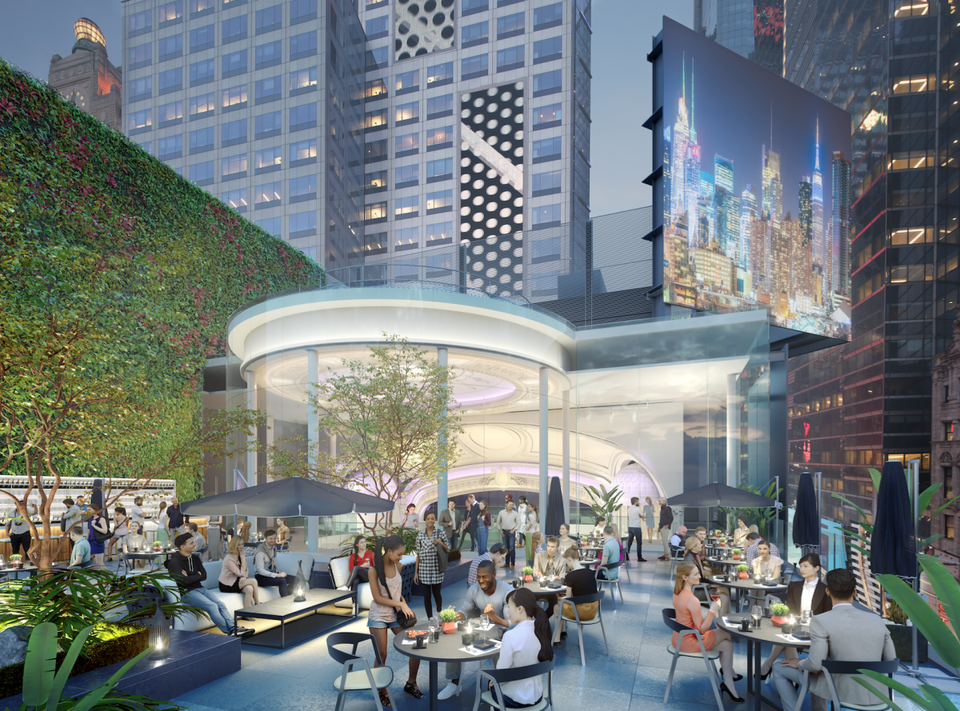 The theater’s proscenium arch and ceiling dome will be restored by experts offsite, before they’re later repositioned for higher visitor visibility. The theater will also boast state-of-the-art tech technology and space primed for immersive use.

With 105 feet of frontage on historic 42nd Street, the revamped Time Square Theater will include three LED billboards and street-level interior visibility through a 23-foot-high glass overlook and two levels of outdoor space. 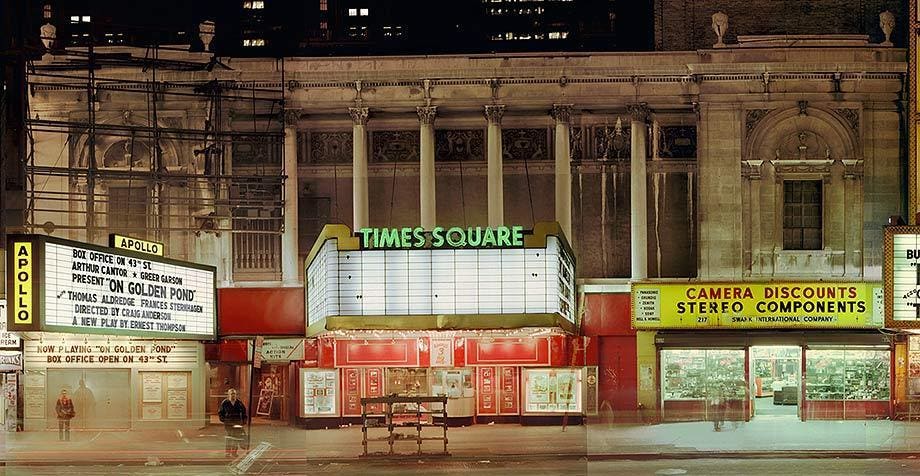 The project (by Stillman Development International and Daishin Securities) will raise the original limestone façade by five feet which will also elevate the building’s presence along 42nd Street—clearly visible between Seventh and Eighth Avenues, and from the Times Square subway station, the busiest in New York City. 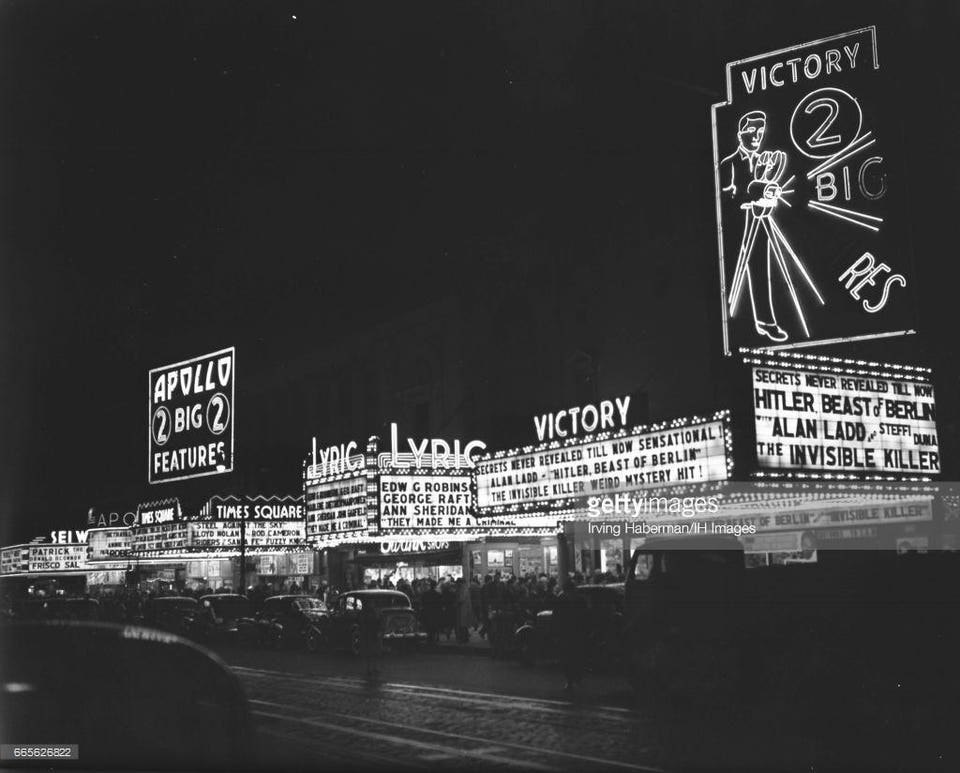 SDI is leasing the building from New York City until rights are turned over to the future property owner.

Although I write about the surreal, I keep it real.