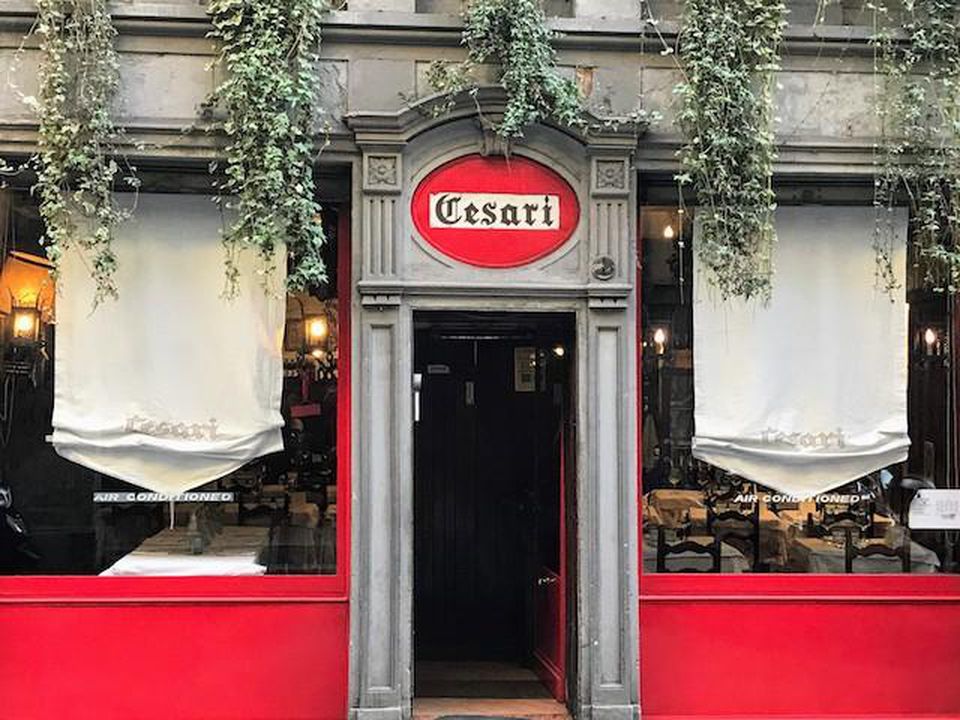 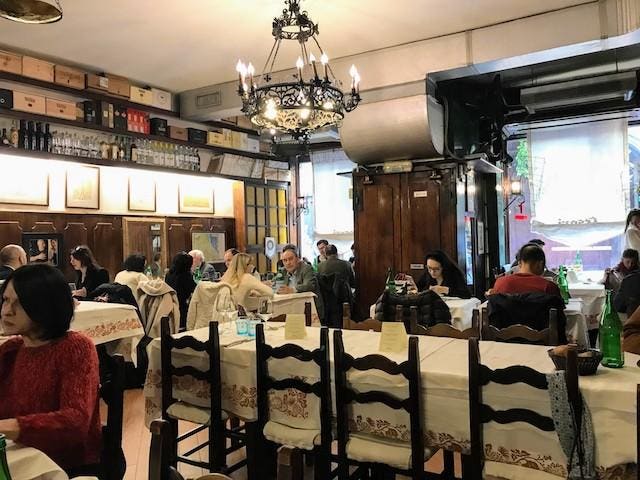 Housed in a 100-year-old building with a storied history, Cesari was once a meeting place for Italian wine merchants who arrived in carrozze (carriages) until the site was reborn in 1939 as a modest osteria, selling wine and sandwiches.

In 1955, Ilario Cesari opened Il Ristorante Da Cesari here with the same tables and ladderback chairs still in use today. Some of the original recipes from more than sixty years ago remain on the menu, too.

In 1962, the second generation of the same family, Paolino and his wife, Irene, took over the reins of this family-owned and operated eatery. Although Irene still prepares some dishes in the kitchen, the third generation restaurateurs—the couple’s son, Ricardo, and daughter, Valentina—now make sure the front and back of the house run smoothly. 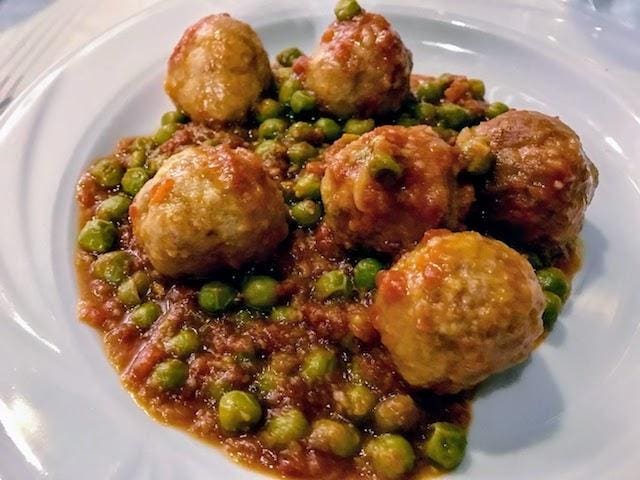 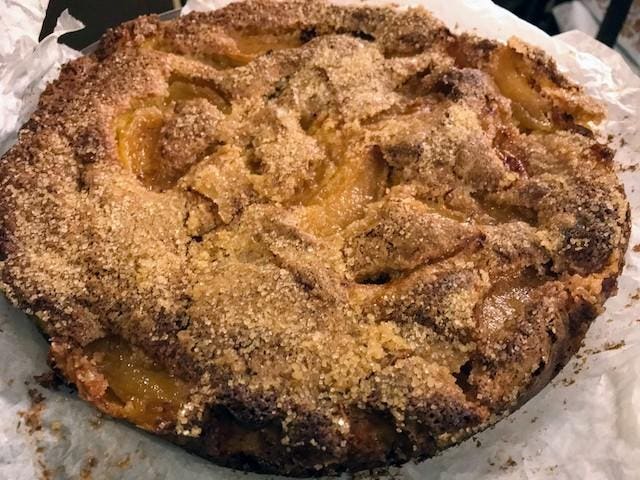 With a good mix of regular patrons and tourists, the restaurant feels welcoming. Ricardo picks up the phone to take reservations and is likely to greet you by name at the door. He is fluent in English and with the gift of gab, perhaps from the decade of experience he has had marketing wines internationally with his uncle, winemaker Umberto Cesari.

Lucio Dalla—the multi-talented Italian musician, singer, songwriter, actor and director—beloved all over the world—was born and bred in Bologna. As a child, he lived near Piazza Cavour and later as an adult, at number 15, Via D’Azeglio. (His house recently opened as a museum; a shadow mural of him playing the saxophone graces the building exterior). 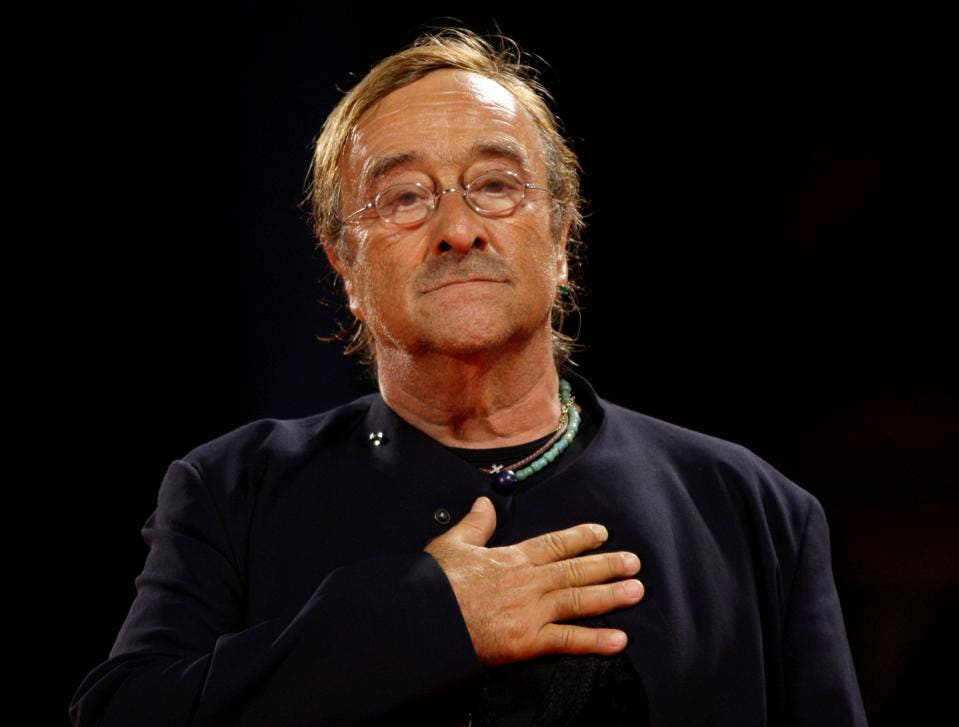 Cesari, located at 8 via de Carbonesi, is only a stone’s throw from the Dalla house on via D’Azeglio so it’s not surprising that Dalla made this restaurant his home away from home. 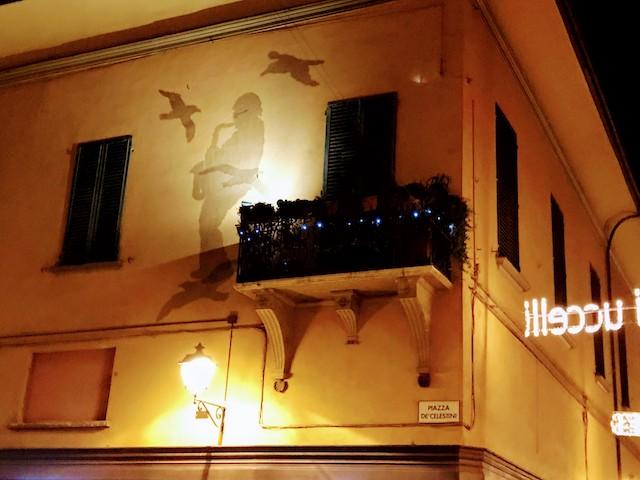 “Lucio Dalla was my father’s close friend, almost like a brother, and I knew him, not as a star, but like family from the time I was a child,” says Valentina. “He ate here almost every day when he was in town,” she adds.

The ambiance of the restaurant is relaxed and informal; it is still a meeting place of sorts. Valentina recalls that her father’s friend would always have five or six friends joining him at his table. When he no longer was able to eat his favorite dish at the restaurant, Gramignone verde al ragù di salsiccia (for health reasons), he asked his friends to order it so he could inhale the aromas he loved so much.

The dishes served at Cesari include regional classics such as tortellini in brodo, tagliatelle with Bolognese sauce, veal cheek with vegetable flan, artichoke flan and salad, and meatballs with peas. Other dishes on the menu reflect seasonal ingredients, like pumpkin, mushrooms and truffles. The four-person team working in the kitchen prepares each dish to perfection. Pastas are made by hand and prepared al dente; service is helpful and professional. 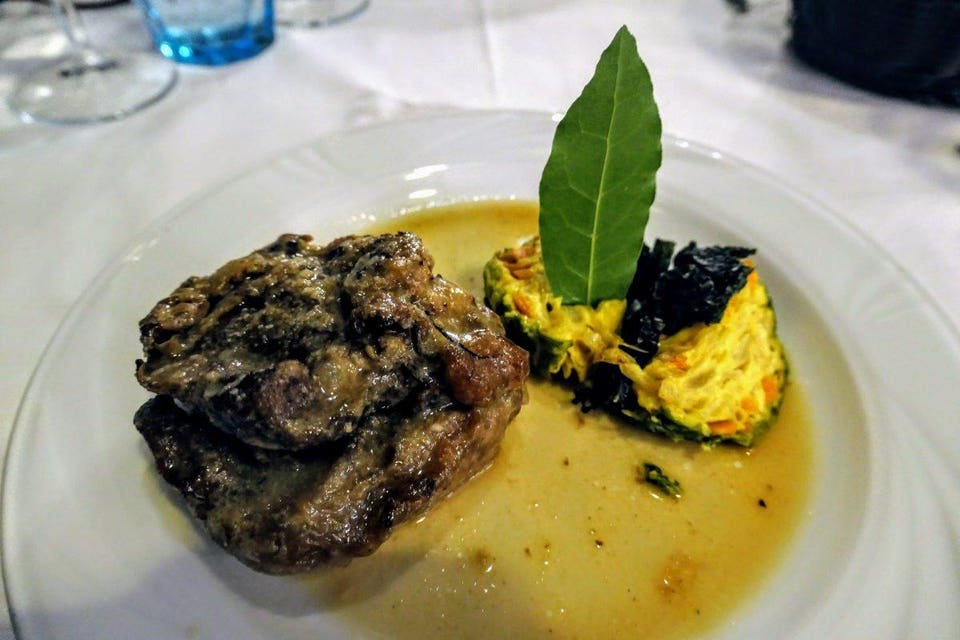 “We try to use local products whenever we can,” says Ricardo. “My dad still goes out to the countryside early in the morning to get the best produce.” The restaurant has also cultivated exclusive relationships with local breeders for its pork and meat.

Ricardo emphasizes that Cesari prides itself on pleasing its customers. “We’re here to suggest and explain,” he says. As an example, he says that rather than trying to squeeze in two dinner seatings each evening, he prefers one, so diners aren’t rushed and can linger longer.

“For a small city with fewer than 500,000 people, Bologna has a lot of restaurants,” says Ricardo.

He notes that TripAdvisor now lists more than 1500 eateries in the city—and while some visitors still come to Cesari with a copy of a print Fodor’s guide in hand (which recommends the restaurant), many more are finding it now on smartphones and computers, especially through online reviews.

Despite the growing competition in this food-centric destination, twice a day, six days a week, the tables at Cesari continue to be filled. Since Eater recently named it one of Bologna’s 18 essential restaurants, calling Irene’s pannacotta “one of the best in the world,” business at this three-generation gem isn’t likely to slack off any time soon.

Tourism is four times worse for the planet than previously believed. To read more click zahlepost.com