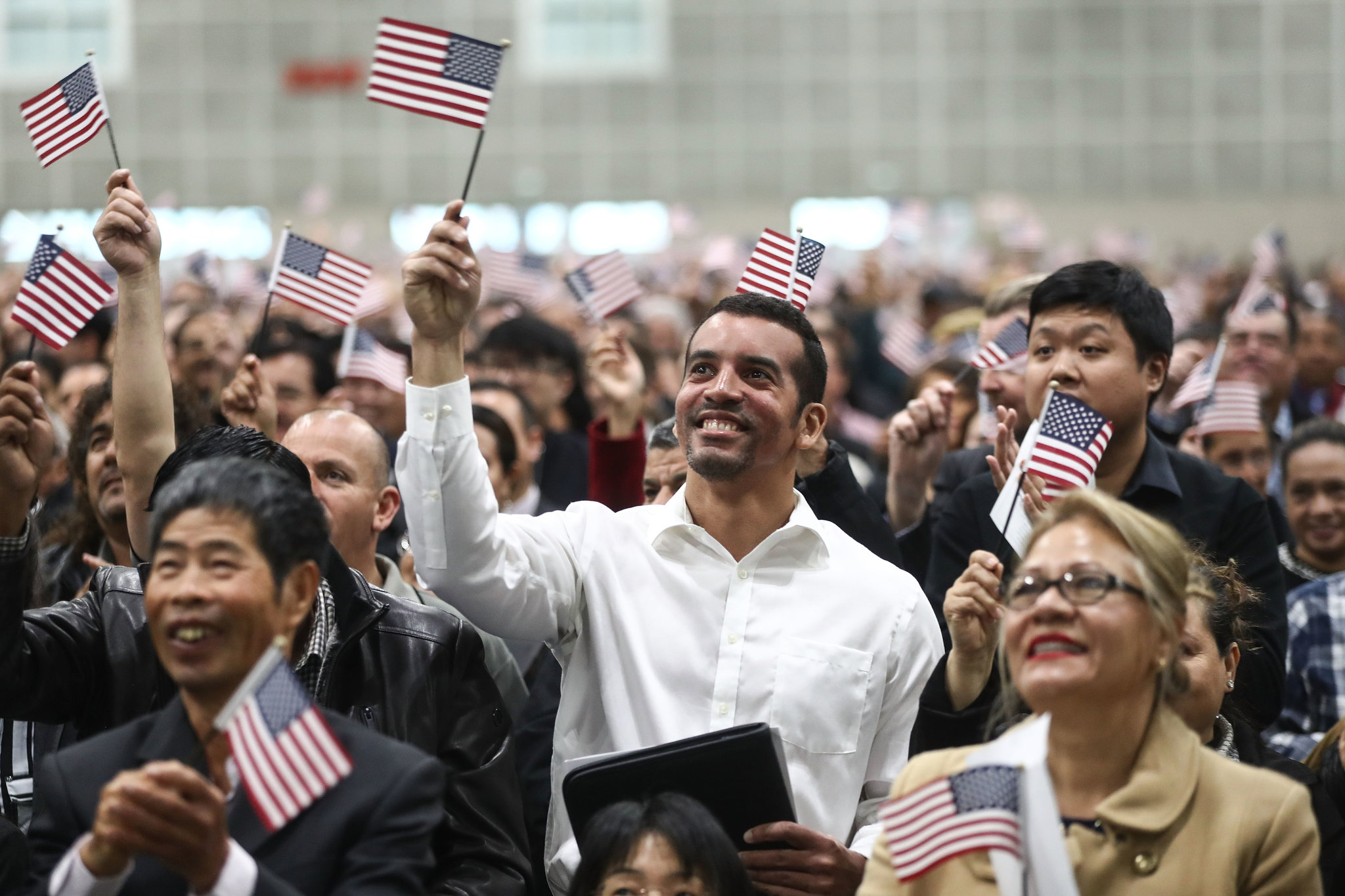 Fourth of July Quiz: Can You Answer the Hardest Citizenship Test Questions?

With your American citizenship on the line, could you answer the following question? Take a moment. Because, according to a 2011 study, this is the hardest of the 100 possible questions asked on the United States citizenship test.

How many amendments does the Constitution have?

In the weeks around July 4, thousands of people convene at courthouses, parks and stadiums from Tucson to Pawtucket, R.I., to Hagatna, Guam, to be sworn in as American citizens at Independence Day-themed ceremonies.

Before taking the oath of allegiance, however, would-be citizens must pass a civics examination, covering America’s history, principles and system of government. For the test, a United States Citizenship and Immigration Services officer randomly selects a set of 10 questions from a list of 100, and reads them in English to the applicant, who must verbally answer at least six correctly.

Some, like “Name the president” or “What is the U.S. capital?” are easier than others, raising concerns about whether all applicants have the same shot at passing.

Here we’re testing you on the questions that the volunteer test-takers most often flubbed, with an exception: We’ve omitted one — “Name your U.S. Representative” — because the correct answer depends on where you live.

And, for this online quiz to work, we’ve converted them to multiple-choice format. Read the questions carefully, and good luck.

Which of these is something Benjamin Franklin is known for?

He was the first person to sign the Constitution

He was the nation’s first postmaster general

He was the nation’s second president

Who was President during World War I?

Which statement correctly describes the “rule of law”?

The law is what the president says it is

No one is above the law

Judges can rewrite laws they disagree with

You might be wondering how we determined which questions are the hardest.

Paula Winke, a professor at Michigan State University who studies language and language testing, conducted the 2011 study of the questions by administering them to volunteer participants in East Lansing, Mich., and then ranking them based on how many of the test-takers got each one right.

Citizenship officials have not made public how they determine which questions are hardest.

“Perhaps the greatest problem with the civics test is that it is possible that not everyone takes an equally difficult test,” Dr. Winke wrote in the study.

Back to the questions.

Under the Constitution, which of these powers does not belong to the federal government?

Ratify amendments to the Constitution

We elect a U.S. Senator for how many years?

Who is the Chief Justice of the United States now?

How are you doing so far?

One survey found that 64 percent of American citizens would fail the test, even when given the questions in multiple-choice format, as we have here.

Immigrants taking the exam as part of their citizenship application tend to fare much better. The combined pass rate for the civics exam and an English evaluation performed in the same interview is 91 percent, U.S.C.I.S. reported in December.

Of course, immigrants generally study for the test before taking it, while the survey respondents may not have cracked a history or civics book in decades.

The House of Representatives has how many voting members?

The Federalist Papers supported the passage of the U.S. Constitution. Which of these men was not one of the authors?

When was the Constitution written?

For prospective citizens, one tough question can make all the difference.

Dr. Winke said her study found that the difference between a failing score of five and a passing score of six may have more to do with the choice of questions than with knowledge of the answers.

In the 2011 study, nearly all test-takers knew why the American flag has 50 stars, but fewer than one in 10 knew the date when the Constitution was written, and only about one in 8 could name one of the writers of the Federalist Papers.

Immigrants applying for citizenship are given only two chances to pass the test before they must restart the application process from scratch — and pay the filing fee of at least $640 again. If they fail at their first interview, they must retake the civics exam at another interview between 60 and 90 days later.

4 Ways TOP Can Help You With Your Online Lobbying Goals.

Benefits of Digital Marketing to Your Business.

Where To Get Great Ebooks For Reading. To more onlinelobbying.com.

Where To Find Original Online Photos Gallery For Sale.

4 Benefits To Joining with TOP For Online Reputation Management Service.

3 Reasons To Start Getting Online Reviews With TOP Today.

3 Steps To Making More Money Online With Translating Through TOP.

How & Where to Gamble When Travelling in the Middle East.

Hiccups in a newborn could mean their brains are developing say researchers.

Prada will host its Resort 2021 fashion show in Japan.