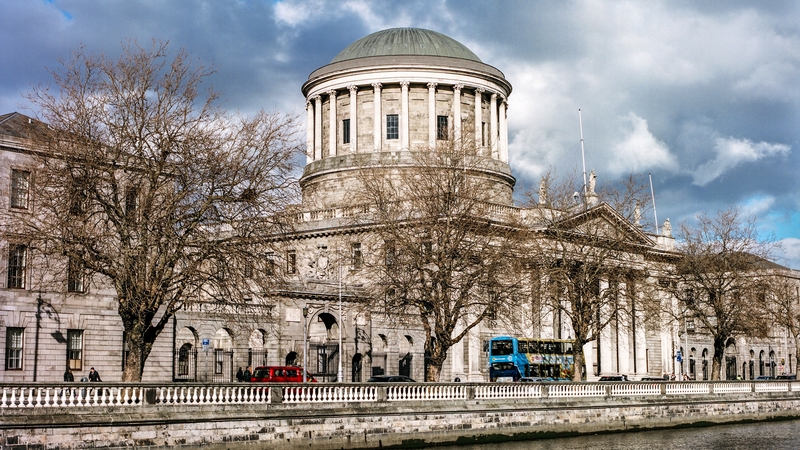 Minister says citizenship ruling being dealt with ‘as an urgent priority’

The Minister for Justice and Equality has said the recent High Court decision that anyone applying to be a naturalised Irish citizen must have unbroken residence in the State for a year before the date of their application was being dealt with as an urgent priority by his department.

Speaking from Helsinki in Finland, where he is attending a meeting of EU Home Affairs Ministers, Charlie Flanagan said he knew the ruling had caused concern and may have been unsettling for people in the citizenship process.

He said he wanted to reassure people that his officials were carefully studying the judgment in consultation with the Attorney General’s office.

He said it was being dealt with as an urgent priority and he would take any necessary action to resolve it.

The law provides that the Minister may grant a citizenship application, if satisfied the applicant has had a period of one year’s continuous residence in the state immediately beforehand.

In a judgment delivered last week and published on Tuesday, Mr Justice Max Barrett ruled the word “continuous” bore its ordinary meaning and was defined as “unbroken, uninterrupted, connected throughout in space or time”.

The judge said the law did not allow the Minister any discretion in relation to this requirement.

He found that the discretionary practice by the Minister for Justice of allowing applicants to spend six weeks out of the country for holidays, or other reasons, and more time in exceptional circumstances, was not permitted by law.

Mr Justice Barrett said that “might seem unfair” in a world where many people travel abroad for work and take foreign breaks more than once a year, but he said, that is what the relevant law requires.

And he said the cure “for any such unfairness” lay in the gift of the legislature.

The judge made his ruling in the case of an Australian man, Roderick Jones, who challenged the Minister’s refusal to grant his application to become a naturalised Irish citizen.

During the one year period before the date of the application, Mr Jones, who works in the university sector, was out of Ireland for 100 days, 97 of them for holidays.

He said the Minister had manifested “very real humanity” in trying to nuance the very clear wording of the legislation by applying a discretionary absence period to allow for the realities of modern life, but he had gone beyond what was legally permissible.

The judge said there was no evidence before him as to why the Oireachtas had imposed this condition in the 1956 act.

He said it may have been to ensure potential citizens enjoyed a concrete connection with the State or were attuned to the way of life in Ireland or some other reason.

“Text, images, and video are the paint swatches of 21st-century artists — with a single catch: this form of art has to communicate, engage, and sell.” ― Laura Busche – Visit THE ONLINE PUBLISHERS for high quality content creation services and professional, artistic photography.

The Use of Demographics and Psychographics in Digital Marketing.

How Does Online Banner Advertising Work?. To know more >> Theinternationalcampaigner.com

The Online Publishers TOP Platform Is No. 1 Choice for Press Release Distribution.

Where To Go To Buy From An Online Photos Gallery.

TOP Gives Writers A Way To Earn More By Selling In The Ebooks Library.

3 Ways To Get Ahead Of Reputation Repair With TOP.

No Better Option For Online Reviews Than TOP.

2 Ways TOP Helps You Earn For Reviews You Write.

5 Reasons To Go With TOP for All Online Reputation Repair.

4 Benefits To Partnering With TOP Platform For Translation Services Work.

3 Simple Benefits for Advertisers to Registering with TOP.

The Importance of Online Translation Sites.

How to attract Foreign Direct Investments (FDI) in a country.

How To Find The Right Influencer.