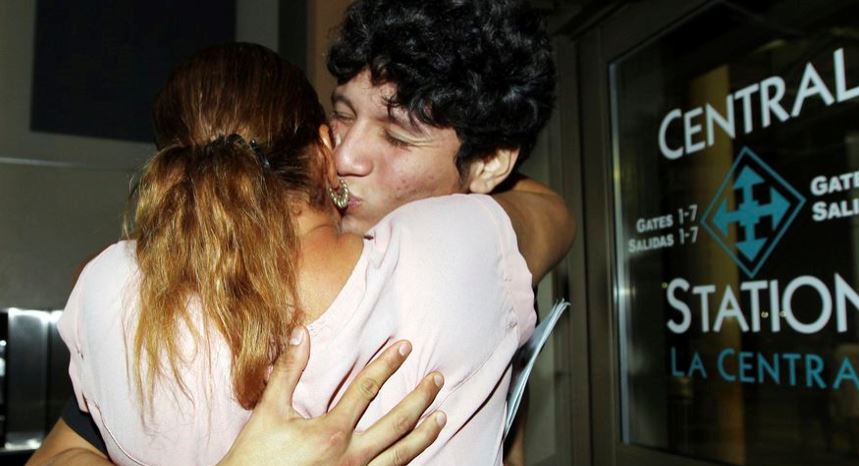 Posted By: Editorial Teamon: July 26, 2019In: CITIZENSHIP & PASSPORT, PEOPLE, TRAVELNo Comments
Print Email
A Border Patrol chief testified Thursday that a U.S. citizen who was improperly detained in a migrant holding facility never disclosed his citizenship, despite Department of Homeland Security documents accusing him of falsely claiming to be a U.S. citizen.

Brian Hastings, chief of Law Enforcement at the U.S. Border Patrol, said at a House Judiciary Committee hearing that 18-year-old Francisco Erwin Galicia, who was held in Border Patrol custody for 23 days, “claimed to be a Mexican national who was born in Reynosa, Mexico,” when he was stopped at a checkpoint 100 miles north of the border.

“Throughout the process, and while he was with Border Patrol, he claimed to be a citizen of Mexico with no immigration documents to be in or remain in the U.S.,” Mr. Hastings told Congress.

However, Mr. Galicia’s attorney, Claudia Galan, gave Dallas News an immigration court notice to appear given to the teenager that reads: “You falsely represented yourself to be a citizen of the United States for the purpose of furthering your entry into the United States.”

Ms. Galan said Mr. Galicia stated he was a U.S. citizen from the moment he was detained and, while he did have a visitor’s visa on him from when he lived in Mexico, he also had a Texas ID, wallet birth certificate and his Social Security card on him.

“[Hastings‘] statement is incorrect,” Ms. Galan said. “At the moment he was stopped, he showed them his documents, and he kept saying he was a U.S. citizen.”

Mr. Galicia was held in a detainment facility for more than three weeks but was freed Tuesday, less than a day after the news reports by Dallas News began to circle.

He describes horrendous conditions of being kept in a cage with 60 other men, sleeping on the floor and getting a wet wipe to clean himself ever four days instead of a shower

Mr. Galicia said he received so little food he lost 26 pounds and considered self-deporting despite being a citizen.

“It was inhumane how they treated us. It got to the point where I was ready to sign a deportation paper just to not be suffering there anymore. I just needed to get out of there,” he said, the Dallas News

“You ask for the distinction between the terms ‘Editor’ and ‘Publisher’: An editor selects manuscripts; a publisher selects editors.” — Max Schuster

How to come up with a successful ad?!.

With TOP You Can Find Expert Service For Press Release Distribution.

The Helpful Trend It Service.

How TOP Platform Solves A Need For Influencers Marketing.

Buying Unique Photos Online From A Photos Gallery Through TOP.

Where You Can Find Ebooks To Read And Buy.

3 Reasons to Opt with TOP for Online Reputation Management Solutions.

4 Reasons TOP is The Best Option For Online Reputation Repair.

4 Reasons To Go With TOP When You Need Online Reputation Building Solutions.

5 Reasons You Should Consider Doing Translation Work For TOP.

For Advertisers To Make More TOP Is The Answer.

The rise of superbugs: Facing the antibiotic resistance crisis.

5 Tips to Keep Your Nails Strong.

By Bailey Vogt – The Washington Times