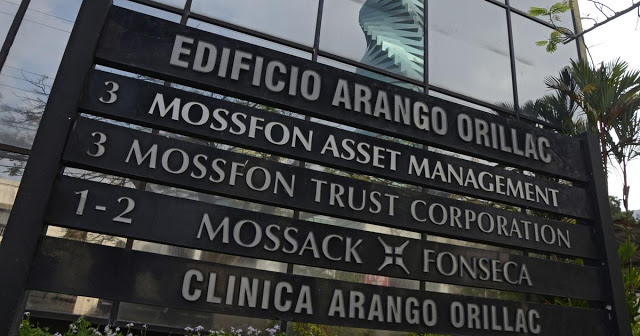 Just a few years ago the breaching of data from the Panamanian law firm Mossack Fonseca revealed a number of Indians and Indian-owned entities were shovelling their money away from Indian tax officials into Panama based shell companies. One of those discovered doing this was India’s favourite brand ambassador, Amitabh Bachchan, despite not being a posterboy for good citizenship.
Panama: No questions asked.
The ways of India’s rich and famous are increasingly becoming public knowledge. The disclosure that as many as five hundred prominent Indian’s, including Incredible India’s latest brand ambassador, Amitabh Bachchan, owned offshore companies in Panama is just the latest of the unravelling. All one can say is that he is in the good company of the likes of Vladimir Putin, David Cameron and Nawaz Sharif, among others.
Panama is a small sliver of a country in Central America joining North and South America. Its immediate geographical neighbours are Costa Rica in the north and Colombia in the south. It is the narrow isthmus that separates the Pacific and Atlantic Oceans. A 77 kilometres long manmade canal capable of accommodating large ships joins the two oceans. The revenues from this were for long the nations biggest source of income since the canal opened in 1914.
Panama soon found that becoming a tax haven that assured investors of their privacy provided a more lucrative income. The proximity to the Americas, and the balmy Caribbean islands, and countries like Colombia with its huge cocaine production and export business, and Latin America’s many kleptomaniac tin pot dictators made Panama even more attractive. Till not long ago the Canal Zone was under the protection of US troops and that too served as an incentive for Americans seeking an offshore tax haven.
Panama is a tax haven, which means it is a country that offers foreign individuals and businesses little or no tax liability in a fairly politically and economically stable environment. Tax havens also provide little or no financial information to foreign tax authorities. This in short is the reason Panama is so important to our moneyed people who have good reason to hide their real wealth.
Why do the rich then want to hide their wealth? This is simply because officially they are not as wealthy as they really are. And if they honestly declared their true wealth they would not only be liable to pay more income tax but could also open many of them to various charges of corporate fraud and malfeasances that could earn them hefty prison terms.

To comprehend this one must understand how most of our “captains of industry” many of whom sit on the Prime Minister’s Council of Trade and Industry became rich and powerful?
When an “industrialist” launches a new project, the project costs are usually hugely overstated. The suppliers of plant and machinery then pay the promoter kickbacks, which become the promoter capital. Thus, the more the number of projects an individual promotes the wealthier he or she becomes. But it is not income you can declare. So it gets hidden in a tax haven. This is how the big bucks are made and salted away.

A good part of this money is round tripped back to India via nearby tax havens like Mauritius or Singapore. Not surprisingly, in 2015 the top FDI investing countries were Mauritius (27%) and Singapore (21%).

Both are now the home of hundreds of corporate entities that act as a pass through for funds being held overseas for Indians or Indian entities. These countries are little more than cutouts for monies held in other more distant tax havens like Panama, Cayman Islands, Bermuda and Lichtenstein. The smaller the country the more pliable the officials.

The 14 PSU banks control almost 80% of the commercial credit advanced in India. In addition the government also owns the two big project finance institutions, IDBI and IFCI, and large institutional investors like LIC and general insurance companies like Oriental and GIC.

The state ownership of these, with powers vested with the powers that be in New Delhi, political and bureaucratic, ensures that the projects are suitably “gold plated” without any rigorous scrutiny.
And why scrutinize when projects seldom fold up and in a system where restructuring means lending more money to evergreen the loans?
The list of NPAs includes almost the entire roster of top Indian companies. According to RBI estimates, the top 30 loan defaulters currently account for one-third of the total gross NPA’s of PSU banks.
Till March 31, 2019, the country’s top five PSU banks had outstanding of over Rs 5 lakh crore to just 44 borrowers, if borrowers were to be categorized in terms of those having outstandings of over Rs 5,000 crore. These businesses include Essar, Reliance ADAG, Jaiprakash Associates, Adani’s, GVK, GMR and Lanco. Some of them like Essar have defaulted in the before. This stress problem is fairly endemic.
Mauritius and Singapore are now  home of hundreds of corporate entities that act as a pass through for funds being held overseas
Of the big companies or groups only Tata, Reliance Industries and AV Birla can be considered free of financial stress. Most if not all the money earned by gold plating plant and machinery, under invoicing of exports and over invoicing of imports, is retained abroad.
Has anyone wondered why the UAE is the second largest destination of India’s merchandise exports ($33 billion in 2015) and third largest source of merchandise imports ($26.2 billion in 2015)?
The UAE is also the largest source of legal and illicitly imported gold. Last year India officially imported over 900 tons of gold worth $35 billion. The mysteriously owned corporations incorporated in tax havens like Panama mostly finance these exports. And a good part of the illicitly exported gold also.
According to Global Financial Integrity, a Washington DC based think-tank, Indians were estimated to have illicitly sent out $83 billion in 2015. Where does this money go? Countries like Switzerland that offer banking secrecy usually do not pay any interest on such deposits.
So money goes to corporations in tax havens from where they are invested in businesses world over.
Have you ever wondered how many of our top businessmen have managed to become so big overseas so soon?
This is where the Panamas of the world come in. There was a time when Panama in India was synonymous with a cheap brand of cigarettes manufactured by the Dalmia Golden Tobacco Company. In the West, Panama was a man’s wide-brimmed straw hat made from the leaves of the Toquilla tropical palm tree. That Panama too is now forgotten. Now Panama is synonymous with offshore corporations and assured secrecy. The times have changed.

“When taking a content-first approach, our job as marketers is not to create more content … it’s to create the minimum amount of content with the maximum amount of results.” — Robert Rose
Visit The Online Publishers TOP online publishers.

The True Benefits of Online Reviews.

Where To Start For Trying To Make Money Online As A Trender.

THE ROLE OF SOCIAL MEDIA IN ONLINE LOBBYING.

Where To Find Some New Ebooks To Read.

2 Steps to Starting To Make Money By Doing Reviews.

One Step To Getting Great Online Reviews.

4 Reasons to Go With TOP When Searching For Translation Service Help.