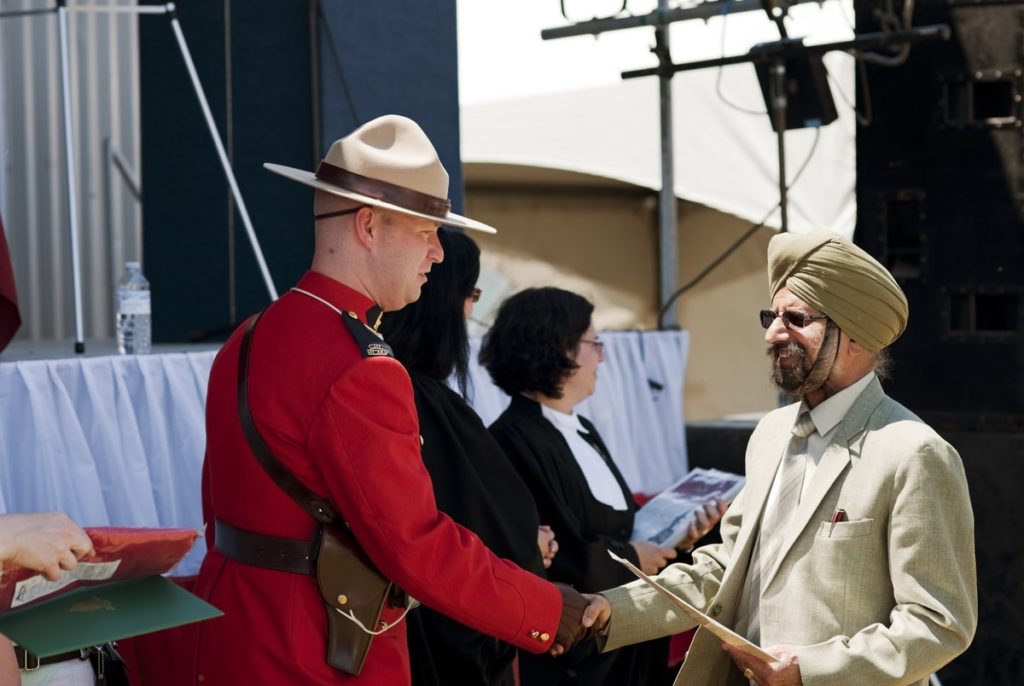 A new Statistics Canada study that shows fewer recent immigrants are gaining Canadian citizenship is cause for concern, but improvements are on the horizon.

Becoming a citizen is one of the defining life moments of Canada’s immigrants. It marks the end of their newcomer journey and the beginning of their journey as a Canadian with the same rights as those born in Canada. These include the right to vote, to run for political office, to gain preferential treatment when applying to government jobs, to travel with a Canadian passport, and to travel outside of Canada indefinitely.

Canada takes pride in supporting the citizenship journey of immigrants as the country’s high rate of citizenship acquisition is an important indicator that Canada does a good job of facilitating integration. A 2018 study by the Organisation for Economic Co-operation and Development (OECD) reported that 91 per cent of immigrants who had lived in Canada for at least 10 years held citizenship, compared with the OECD average of 63 per cent. Other top destinations for immigrants such as Australia (81 per cent) and the United States (62 per cent) lag behind Canada by a wide margin.

Citizenship acquisition is down

Statistic Canada’s new study finds that citizenship acquisition stood at 86 per cent at the time of the 2016 Census compared with 82 per cent during the 1991 Census.

This promising finding, however, is overshadowed by the significant decline in citizenship acquisition among more recent immigrant cohorts.

In 1996, for example, 68 per cent of eligible immigrants who had been in Canada for five years were citizens, but this figure fell to 43 per cent in 2016. In fact, Statistic Canada’s analysis found that the citizenship rate for most immigrant cohorts fell in 2016 compared with the 2006 Census. Immigrants with low income, official language proficiency, and education have experienced the sharpest drop in naturalization.

Why has naturalization fallen among recent immigrants?

Statistics Canada’s analysis strongly suggests that citizenship policy changes made by Canada over the past decade have hurt naturalization rates.

In 2010, Canada introduced new language requirements and a new citizenship exam. Immigrants between the ages of 14 and 64 had to demonstrate a minimum language proficiency and obtain a pass mark of at least 75 per cent on their citizenship exam (the previous pass mark was 60 per cent). In 2017, these requirements were reversed to only apply to those aged between 18 and 54.

The rationale for these changes was to ensure immigrants were integrating into Canadian society by demonstrating their language proficiency and understanding of Canada’s history, geography, politics, laws, and economy. The government also introduced multiple versions of the citizenship test to reduce cheating and ensure immigrants had a strong knowledge of the topics that it covered.

In addition, the federal government increased the citizenship application fee from $100 to $300 for adults in February 2014 and then raised it again to $530 in January 2015. The fee for children remained the same at $100. Both adult and child applicants also had to pay an extra $100 “right of citizenship fee.”

The fee hikes were justified on the basis they helped the government recover the costs of processing citizenship applications.

Stricter language proficiency and citizenship test requirements have made it more difficult for immigrants with weak language skills and low education to become citizens.

For instance, Canada has increased its economic class selection standards over the past decade, which means more immigrants are arriving with higher levels of language proficiency. Family class immigrants tend to have similar socio-economic characteristics as the Canadian citizens and permanent residents sponsoring them, which means that higher economic class selection standards should result in more family class immigrants arriving with higher human capital.

Reducing language test and citizenship exam requirements for only those between the ages of 18 and 54 will likely also improve citizenship rates since older immigrants tend to have weaker English or French skills than younger ones.

The cost will also no longer be a prohibitive factor in applying for citizenship if the Liberals enact their 2019 federal election campaign promise to waive citizenship fees entirely.

One major area for improvement, according to Andrew Griffith, a Canadian citizenship policy researcher, is the introduction of better performance standards that enable the federal government to track how quickly recent immigrants are becoming citizens.

In a recent column, Griffith observes that the federal government tends to measure success based on the total number of eligible immigrants who become citizens, irrespective of when they moved to Canada.

A limitation of this approach is it fails to capture how immigration and citizenship policy reforms and socioeconomic conditions are affecting citizenship uptake of recent immigrant arrivals.

Griffith argues that a more prudent approach to measuring Canada’s effectiveness in supporting integration and citizenship acquisition is by setting performance standards that formally measure the citizenship rates of recent immigrants (those in Canada 5-9 years).

This would enable Canada to make policy adjustments as required to promote higher citizenship rates among this cohort.

The Liberal campaign platform forecasted they will spend $110 million in 2023-2024 to process citizenship applications compared with the $75 million to be spent over the coming federal government fiscal year.

If this is the case, Canada will reverse its declining rate of naturalization among recent immigrants in the coming years — and that would further cement Canada’s leadership among its OECD peers in facilitating integration.

Give “TOP Platform” The Online Publishers a chance and try reading one of the various choices that you can find from this ebooks libraries option.