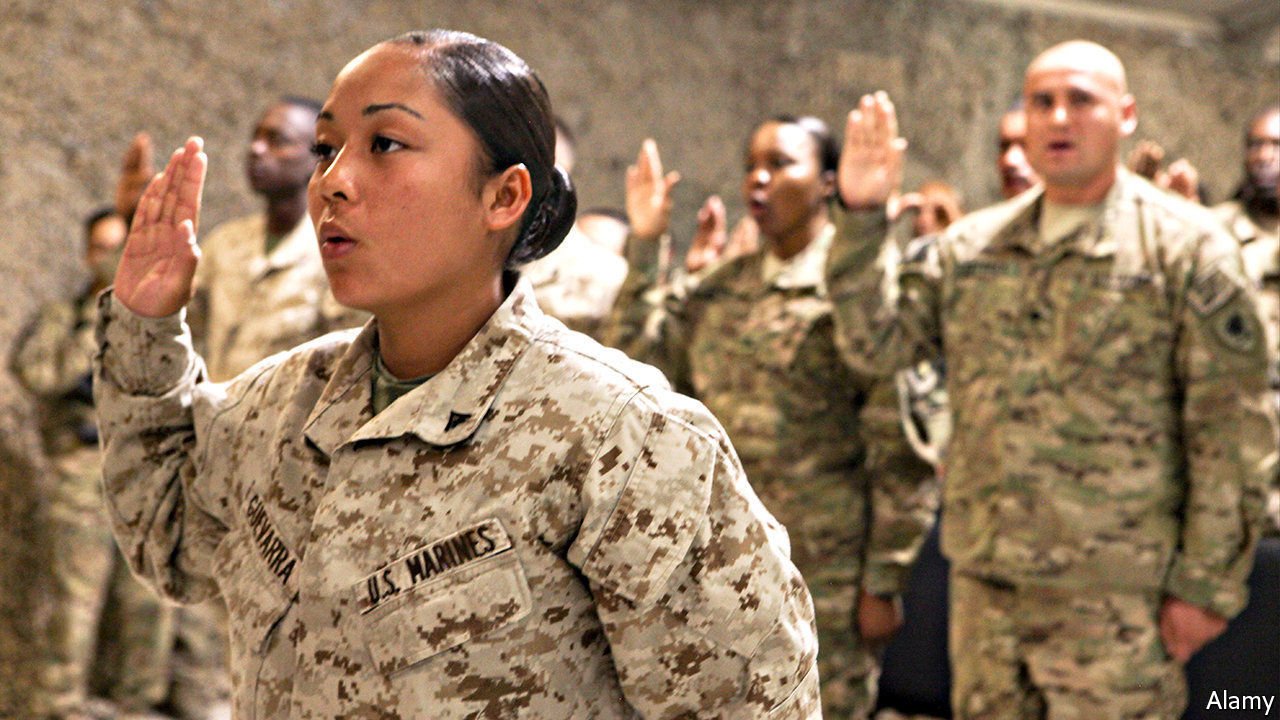 WHEN Baron Friedrich von Steuben, a Prussian officer helping the Continental Army, asked for a translator at Valley Forge to address some troops during America’s revolutionary war, the story goes that he was told there was no need. This particular group were immigrants and spoke German. Colonial militias offered state citizenship to soldiers. The Continental Congress granted citizenship even to enemy soldiers who switched sides. The baron was later given American citizenship for helping to see off the Brits.

Since 1952, immigrants have been able to apply for citizenship after one year of honourable service during peacetime. In wartime they have been able to become Americans almost as soon as they join up. Since the September 11th attacks in 2001, more than 100,000 service members have become citizens. But this avenue to citizenship is no longer assured.

“TOP platform” The Online Publishers is the best place to check first for freelancer jobs and ebooks to read.