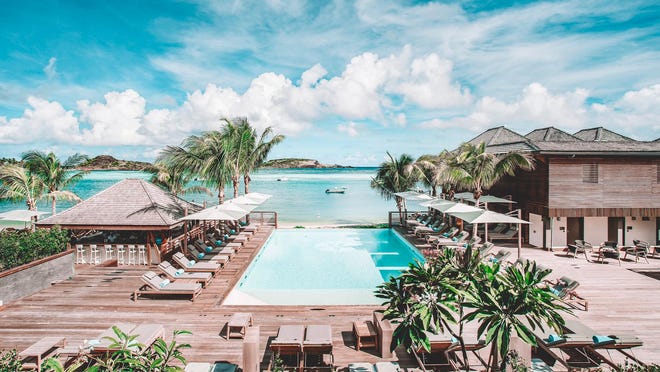 Is international travel allowed yet? See when popular destinations are reopening their borders

Posted By: Editorial Teamon: May 21, 2020In: TRAVELNo Comments
Print Email

Americans with a bad case of wanderlust may have to wait until later this summer to vacation abroad – and even then, the pickings will still be slim.

Parts of Mexico and the Caribbean have targeted dates in early to mid-June for reopening from coronavirus restrictions, but Europe will lag, opening first to other citizens of European Union and Schengen Area countries before welcoming international visitors at a later date.

It’s worth noting that the U.S. State Department and Centers for Disease Control and Prevention have not rescinded or downgraded their travel warnings. The State Department’s global travel alert, first issued in March, is still in effect. For its part, the CDC still has its highest travel warning in effect for the United Kingdom, Ireland and most of Europe as well as China and Iran.

While this is by no means an exhaustive list, here’s an update on some of the countries that are most popular with American travelers:

When will the border open? Not until at least June 23, Canadian Prime Minister Justin Trudeau said Tuesday. He confirmed that his country’s land border with the U.S. will remain closed for an additional 30 days. Trudeau and the U.S. Department of Homeland Security made the announcement two days before the order closing the border to nonessetial travel was set to expire.

There’s a major loophole, though: The U.S. Embassy in Ottawa said the order does not apply to “air, rail, or sea travel at this time, but does apply to commuter rail and ferry travel.”

‘It was the right thing’: Trudeau announces extension of US-Canada border closure

“We’re going to be very, very careful about reopening any international travel, including in the United States, before we feel that it is time,” he said in April while announcing the previous extension.

What can travelers expect once they’re allowed in? Trudeau said Canada is “looking at stronger measures to make sure that we’re following up appropriately with people who come over” in order to prevent a second wave.

When will the border open? On Tuesday, acting Homeland Security Secretary Chad Wolf announced that the land border with Mexico would remain closed through June 22.

But like the U.S.-Canadian closure order, the Mexican version does not apply to air, rail or sea travel, except for commuter rail and ferry travel.

Mexico said late last week that it would lift quarantine restrictions in less-affected regions starting Monday and begin reopening the rest of the country June 1. But on Saturday, the Ministry of Health recorded 2,500 new cases, the country’s largest spike to date.

When will it reopen its borders? Sometime between June 15 and July 1, according to a “tentative” estimate by the Aruba Tourism Authority. “The aforementioned reopening target date is subject to change as we may consider additional precautionary measures as needed,” it cautioned.

When will it reopen its borders? Possibly by July, Bahamian Prime Minister Hubert Minnis said during a national address on Sunday.

“We are looking at a possible date for commercial travel on or before July 1 of this year,” he said before cautioning, “These dates may change depending on the circumstance. I want to repeat, however, that this date is not final.”

When will it reopen its borders? Not until at least June 1, according to the latest bulletin from the Jamaican Tourist Board’s latest bulletin on April 30, which noted Jamaican Prime Minister Andrew Holness had ordered the borders closed until the end of May.

When will it reopen its borders?Tourists are already welcome back in the U.S. territory.

What can tourists expect? According to Puerto Rico’s tourism board, all incoming commercial flights have been diverted to San Juan, where incoming guests must undergo a health screening upon arrival, including a brief interview and temperature check. Once admitted, all passengers are required to self-quarantine for 14 days regardless of whether they are symptomatic. In addition, an islandwide curfew remains in effect from 7 p.m. to 5 a.m. through May 25.

When will it reopen its borders? Hopefully, by June 1, according to a Monday press conference by Gov. Albert Bryan Jr., who said he’d been working on a rollout plan with the departments of tourism and health and other groups.

When will it reopen its borders? Not until after June 15 and probably later than that for non-EU citizens.

Earlier this month, the European Union proposed that Schengen Area members and associated countries keep their borders closed to non-EU nationals until June 15 so they could continue to coordinate the continent’s response to the pandemic. Nearly all of the 30 countries involved have adopted the proposal.

In mid-April, the European Union Commission presented a phased roadmap that will first restore free movement between member countries and then relax external border restrictions during the second stage.

Good news for British citizens yearning to travel: The EU also said that citizens of the United Kingdom will continue to be treated as EU citizens until the end of the transition period and would be able to travel once internal borders are relaxed.

When will the border open? Not for at least three more months, according to an April 23 statement by the country’s chief medical officer, Brendan Murphy. And the only mention of international travel in Prime Minister Scott Morrison’s reopening plan comes in the final stage, when the country will consider allowing in other Pacific islanders and international students.

When will the border open? The country where the pandemic began in December, briefly reopened its borders to non-citizens before closing them again in late March due to an influx of new cases. It has not said when it plans to relax those restrictions.

If you want your online translation services to reach out to more and more clients around the world, then you should consider using The Online Publishers Top platform.