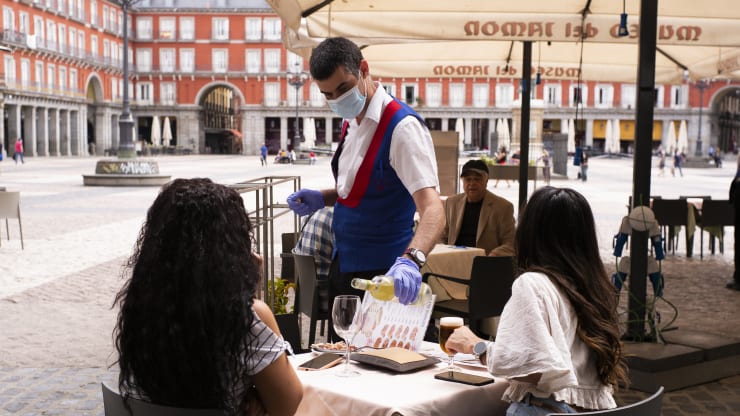 Posted By: Editorial Teamon: May 27, 2020In: LIFESTYLENo Comments
Print Email

Some Spaniards are about to receive additional financial help as the government pushes through the first nationwide basic income, but there are doubts the initiative will reduce high levels of unemployment and inequality.

The Socialist-led coalition government will be spending about 3 billion euros ($3.29 billion) every year to support poorer citizens. The basic income is meant to reach 850,000 households and 2.5 million citizens. Spain has a population of about 46 million people. The plan to install a basic income was a pre-electoral promise, but it was accelerated due to the coronavirus pandemic and its economic fallout.

Households will receive financial help based on their income and the number of children or dependents it has. Government officials have said the minimum amount an adult will receive will be about half the minimum wage, which is 1,108 euros per month. However, the final details are being ironed out this week in parliament.

“I don’t see what problem it can solve,” Zsolt Darvas, senior fellow at the Brussels-based think tank, told CNBC Friday.

He said that the aim shouldn’t be to give people an incentive to stay home without work. Rather, the stimulus should target those losing their jobs or for companies to avoid having to lay people off, Darvas said in a phone call.

“It is compatible with having a salary. In Spain, there is a significant portion of workers having a very, very low salary or sub-employment,” he told Reuters.

Spain has one of the highest levels of unemployment in the euro area and this is set to worsen given the Covid-19 crisis. At the end of March, 14.5% of Spain’s working population was out of a job.

We have a polarized political system, but it is well diagnosed we need fiscal reform.
Federico Steinberg
Senior analyst at the Elcano Royal Institute

Finland and Italy have worked on similar programs, but there is no evidence their schemes reduced unemployment levels.

In addition, Spain also has one of the highest levels of inequality across Europe as a result of the sovereign debt crisis of 2011.

Federico Steinberg, a senior analyst at the Elcano Royal Institute think tank in Spain, told CNBC last week that there are two simultaneous debates: one over whether the basic income will be enough to address the economic reality; and a second one over its impact on public finances.

He said that the new policy “is a good idea” as inequality has risen, but it should come with commitments for reforms.

“We have a polarized political system, but it is well diagnosed we need fiscal reform,” he said.

The International Monetary Fund said in March that “sustainable fiscal measures are crucial for reducing elevated public debt over the medium term and addressing the persistent deficit in the pension system.”

More recently, the Bank of Spain asked for a gradual adjustment plan so the government can restore public finances in the aftermath of the pandemic.

“It should also be underpinned by a structural reform program that raises the economy’s growth capacity and, therefore, broadens the tax bases needed to fund the desired level of expenditure,” Pablo Hernández de Cos, governor of the Bank of Spain, said in Parliament last week.