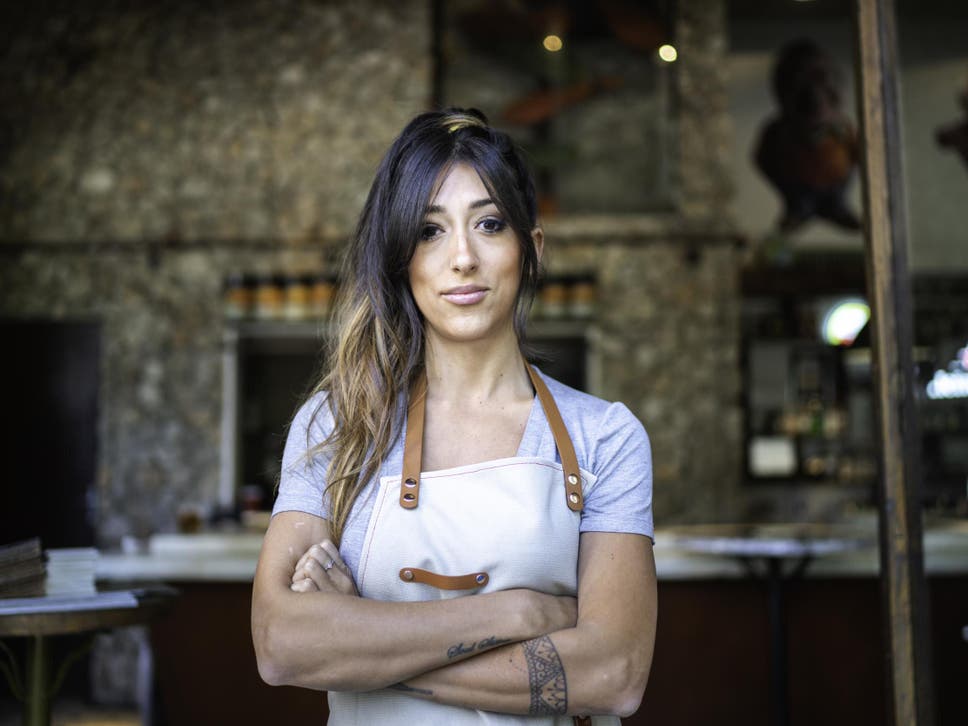 ‘People will get drunk and forget social distancing’: Why hospitality staff are concerned about returning to work

Lucy, 21, from Derbyshire, has been working in village pubs since she was 16 years old. She has been out of work since 23 March when the UK went into lockdown. On Saturday, 4 July, her employer is opening up in line with Boris Johnson’s new lockdown-easing rules, which allow pubs, restaurants and other services in England to welcome the public for the first time in over 100 days. Far from being pleased about getting back behind the bar, Lucy is concerned. “I’m worried people will get too drunk and forget about social distancing,” she tells The Independent three days before opening.

“I’ve not seen anything about a limit on drinks [no such measure is included in government guidelines]. And a lot of people will have a lower tolerance for alcohol due to pubs having been shut for so long,” she says. On the day the lifting announcement was made, Lucy took to social media, posting: “I find it really frustrating that everyone’s tweeting things like ‘can’t wait to go get hammered on July 4th’. If anybody attempts to put my health at risk when I go back to work by being a drunken idiot and trying to hug me or falling all over the place, I won’t hesitate to kick you out the pub and completely ruin all your plans.”

Lucy – who is asthmatic – is worried about a second wave of Covid-19 and urged those visiting pubs over the weekend to consider the staff. Pub workers are often on insecure contracts and may have been furloughed (research by the Office for National Statistics found that 80 per cent of hospitality workers had been furloughed) or just lost work altogether, so will be relying on these wages to supplement lost income, making them more likely to feel they have no choice but to return. “Take time to thank [them],” she added. “Be considerate of how they’re feeling and be conscious of how much you’re drinking. You can still meet a mate at the pub and have fun without getting rat a**ed.”

Molly*, 23, works in a pub in Stourbridge and shares Lucy’s concerns. “I’m nervous about how my own health could possibly be affected by this,” she says. Her employer has attempted to reassure her and other staff, and has promised them PPE to wear. “But the very real possibility of catching Covid-19 means it can only quell my concerns so much”, she says. Despite her concerns, Molly feels she has to take the shift. “I’m sure many of my colleagues are feeling the same as me,” she adds.

The prime minister has insisted that it is safe to reopen the hospitality sector. In a speech delivered in the House of Commons on 23 June, he pointed to the daily death rate, which peaked at 943 in mid-April, and had dropped to 130 the day prior to his announcement. He assured Britons that the NHS Test and Trace system, which has been widely criticised by the independent SAGE (Scientific Advisory Group for Emergencies) for being inadequate, was now up to scratch, with the total number of tests being either carried out or posted having risen to more than eight million. All pubs will have to keep a record of visitors for 21 days in case of any outbreaks.

Mr Johnson said: “While we remain vigilant, we do not currently believe there is a risk of a second wave that will overwhelm the NHS.”

Not everyone is feeling quite so confident. On 24 June, ex-chief scientific advisor, Sir David King said he thought it was “extraordinarily risky” to be lifting lockdown measures at this stage. His comments follow similar objections from SAGE who said on 18 June that the government was risking “many unnecessary deaths” by lifting lockdown before an effective test and trace system was in place. Additionally, in early June health secretary Matt Hancock also clashed with a leading scientist who said that relaxing rules now risked a second peak in cases.

Further doubts have arisen due to the need for a local lockdown in Leicester after a spike in new Covid cases: non-essential shops have been closed and schools have returned to only accepting children of key workers. And yet, the rest of the country is continuing along a road to lifting lockdown. Days away from meeting friends for pints, showing them our new haircuts, and indulging in that blissful forgotten feeling of eating something we don’t have to wash up afterwards.

More than three million people are predicted to visit pubs in England on what has been dubbed ‘Super Saturday’, according to a survey of 2,000 people by Vistaprint. The survey also found that the same number of people plan to get their hair cut. Councils have warned of unprecedented rubbish and litter in the 48-hour weekend period and the police have said they are “preparing for an evening as busy as New Year’s Eve”. But even those who are meant to be beneficiaries of the reopening – the industries which have been crippled by closures – are not feeling excited. Some publicans – and other business owners – who share these concerns have already told customers they won’t be opening at all because they don’t feel they can meet the challenge safely yet.

Hair stylist Alex, 23, from Rotherham is also apprehensive about returning to work in a salon but acknowledges the benefit of earning again. “Even with all the guidelines in place, nobody is 100 per cent protected from the virus,” he says. “I’m feeling both relieved and scared. I’ll be pleased to start making money and seeing my clients again, but I’m also scared at the fact I know it’ll be different, and am wary of the unknown. However, I know my clients will be really eager to get their hair sorted. And after being cooped up for more than three months with little interaction with anyone outside of my home, it’ll be nice to spend time with friendly faces, even if there are masks over them.”

As a “close contact service” hairdressers and barbers like Alex have some of the strictest Covid-policies; the government requires they wear plastic visors whenever they are cutting hair, disposable aprons for customers, install screens at hair washing stations, reduce all conversation and only talk to clients in the mirror, not face-to-face. Dr Simon Clarke, professor in microbiology at University of Reading, told The Independent, that hairdressers do carry a “higher risk” because they have to be in such close proximity to customers due to the nature of their work.

Admittedly not everybody is so anxious about returning to work. Bryony, 24, from Manchester was supposed to return from maternity leave in April to her job in a hair salon. But this was delayed due to the pandemic. As a single mother who has spent lockdown at home with an infant, she can’t wait to get back to work. “Things need to go back to normal now,” she says. “I’m excited to be returning and I’m feeling confident with all the health and safety regulations that have been put in place.

Restaurant waiter Keryn Hitchcock, 19, also feels confident about returning to her role at The Dog at Wingham pub in Canterbury, Kent. “I think it’s perfect timing for the hospitality industry to reopen,” she says. “The public need to feel a sense of normality and small businesses need to avoid being forced to make redundancies. and also to support the small, local businesses. Since lockdown began, I have been so excited to get back to work, where I’ve been slowly climbing up the ladder after going from a part-time waitress, to a full-time member of staff. My work has a huge impact on my life and I can’t wait to get stuck back in.” As for health and safety, Hitchcock explains that her employer has met “all” of her concerns and put in extra safety measures to ensure both staff and clientele feel protected.

The government is well-aware that people are looking forward to getting a portion of their lives back on Saturday. And while the public has been given the green light, Mr Johnson has also urged people not to “overdo” it – “We do want people to be able to enjoy themselves but at the same time, now we have got coronavirus under control,” said a number 10 spokesperson. But after a “major incident” had to be declared at Bournemouth beach because of the number of visitors – it is yet to be seen whether the government’s insistence on “common sense” will pay off.

Sticking to the rules will not only help to maintain the safety of hospitality workers, but ensure that the virus numbers do not start slowly climbing again. After months of waiting to be released from lockdown – surely everyone can agree that one boozy afternoon is not worth compromising more lives to the virus, and a future of freedom.

As of now, almost –if not all – politicians have a Facebook, Twitter or LinkedIn account. With over 247 million Americans on social media, communication between the two parties has become more effective. In countries where the government considers public opinion as valuable to decision making, social media is being used as a lobbying tool. HOW ONLINE LOBBYING CAN INFLUENCE POLITICAL DECISIONS?