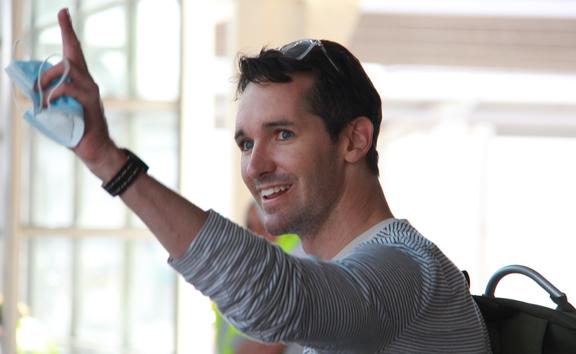 Senior Chinese media officials in Australia have been targeted and the visas of two leading Chinese scholars have been revoked in an unprecedented foreign interference investigation into a NSW political staffer, provoking a furious response from the Chinese Government. 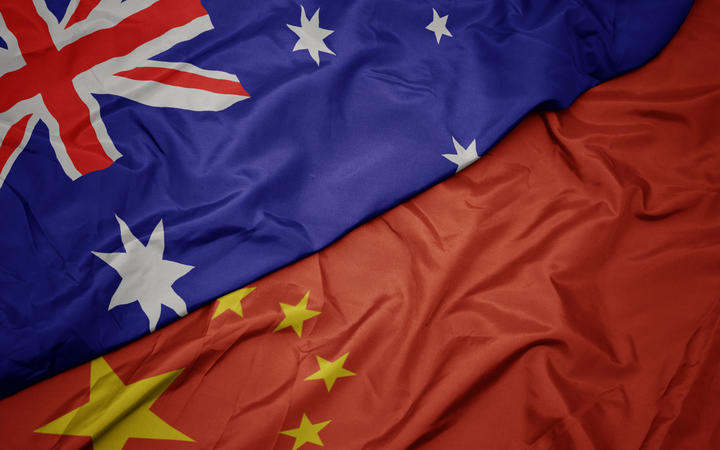 The Chinese Government has used state media to accuse Australian authorities of secretly raiding the homes of four Chinese journalists in Australia in late June, after receiving questions from the ABC yesterday about the investigation.

The Chinese embassy did not reply to the ABC’s questions yesterday, but several state media organisations published articles overnight reporting details of the alleged raids and accusing Australia of “severely infring[ing] on the legitimate rights of Chinese journalists” and “hypocrisy in upholding so-called ‘freedom of the press'”.

The ABC has uncovered the identities of senior Chinese journalists and academics who have been drawn into the joint investigation by the Australian Federal Police (AFP) and Australian Security Intelligence Organisation (ASIO).

The AFP is investigating whether Zhang used a chat group on the Chinese social media platform, WeChat, to encourage Moselmane to advocate for the Chinese Government’s interests.

The journalists and academics have been drawn into the investigation over the alleged infiltration because they were members of the WeChat group.

Zhang categorically denies the AFP’s allegations and is challenging the investigation in the High Court.

According to documents filed by Zhang in the High Court, the AFP alleges he and others “concealed or failed to disclose to Mr Moselmane that they were acting on behalf of or in collaboration with Chinese State and Party apparatus”.

The AFP-ASIO investigation became public in late June, when the task force raided NSW Parliament and searched the homes and offices of Moselmane and Zhang, seizing their devices and communications.

The Chinese journalists in Australia and their media organisations did not respond to questions sent by the ABC, however, China News Service last night reported that the homes of four journalists were searched on the day the other raids began.

“Items such as mobile phones, computers and writing materials were seized.

“In the end, the Australian investigation results proved that the Chinese journalists did not engage in activities incompatible with their identities.”

The embassy has since provided a statement to the ABC, saying it has “provided consular support to Chinese journalists in Australia and made representations with relevant Australian authorities to safeguard legitimate rights and interests of Chinese citizens”.

The AFP and ASIO have declined to comment on the investigations.

The China News Service is fully owned and overseen by the Overseas Chinese Affairs Office of China’s State Council, which was merged into the Chinese Communist Party’s foreign influence agency, the United Front Work Department, in 2018.

The ABC has also learned that the two Chinese scholars who were members of the WeChat group, media commentator Professor Chen Hong and leading Australian studies scholar Li Jianjun, recently received letters from the Home Affairs Department, advising their Australian visas were being cancelled due to advice from ASIO of alleged risks to national security.

Prof Chen is a regular visitor to Australia and commentator on Australian relations, featuring regularly in Australian media and writing in the Chinese state media tabloid, the Global Times.

He declined the ABC’s request for an interview but sent a statement, writing: “I was shocked to receive an email notifying me of visa cancellation on security grounds.”

“I absolutely refuse to accept this assessment, and believe a gross mistake has been made regarding my relationship with Australia,” he wrote.

“The group was a most ordinary social network platform on which members used to share jokes and funny memes, photos of personal excursions, fishing trips or drinks, and repost newspaper articles,” he wrote.

“The allegation that the group had been purported as a means of influence is simply preposterous.

“Everything about the group is open to scrutiny.

“The Australian authorities must have access to the content of the group. It is plain to any eye that nothing in the conversations and postings in that group has the remotest complicity of anything suspicious.”

He said his friendship with Moselmane and Zhang was “entirely aboveboard”.

Prof Chen has attended events with former foreign minister and NSW premier Bob Carr, and was once the translator for former prime minister Bob Hawke on his 1994 trip to China.

Prof Chen and Li have built their careers in China with the help of grants from Australia’s Department of Foreign Affairs and Trade (DFAT) and private companies, as part of its Australian Studies in China soft power program.

Li has been doing a PhD at the University of Western Sydney, funded by a $60,000 Australia China Scholarship from BHP Billiton as part of the program, however his student visa was also recently revoked.

Zhang is challenging the investigation in the High Court, arguing Australia’s new foreign interference legislation is unconstitutional because it breaches the implied freedom of political communication.

He is also seeking to quash the warrants relied on by the AFP to search his home, office and NSW Parliament House.

His application to the High Court, filed last month, states that the AFP search warrants accuse Zhang and others, who are not named, of “acting on behalf of the ‘Chinese State and Party apparatus’ in a ‘private social media chat group and other fora’ with Mr Moselmane”.

The documents say the warrants allege Zhang and others “advanced the interests and policy goals of a foreign principle, being the Chinese Government, in Australia by providing support and encouragement to Mr Moselmane for the advocacy of ‘Chinese state interests'”.

According to the document, they are alleged to have “concealed from or failed to disclose to Mr Moselmane that they were acting on behalf of or in collaboration with Chinese State and Party apparatus including the Ministry of State Security and the United Front Work Department”.

The documents also say the AFP alleges that the group was “reckless … that the conduct would influence the NSW branch of the Australian Labor Party’s policy positions and the views of members of the NSW electorate on China, and that part of the conduct was covert, in that it involved communications over a private social media chat group”.

In an interview with the 7.30 program last month, Moselmane said he did not believe he was a suspect in the investigation.

He rejected any suggestion he would be the target of a foreign influence campaign.

If you are looking to make some money off of your photography, you should read up on how photographers sell photos online. Whether you are interested in how to sell personal photos online or how to sell other kinds of photos, you’d be surprised by the demand that can be found out there, which in turn, can enable you to make a tidy sum off of your efforts.