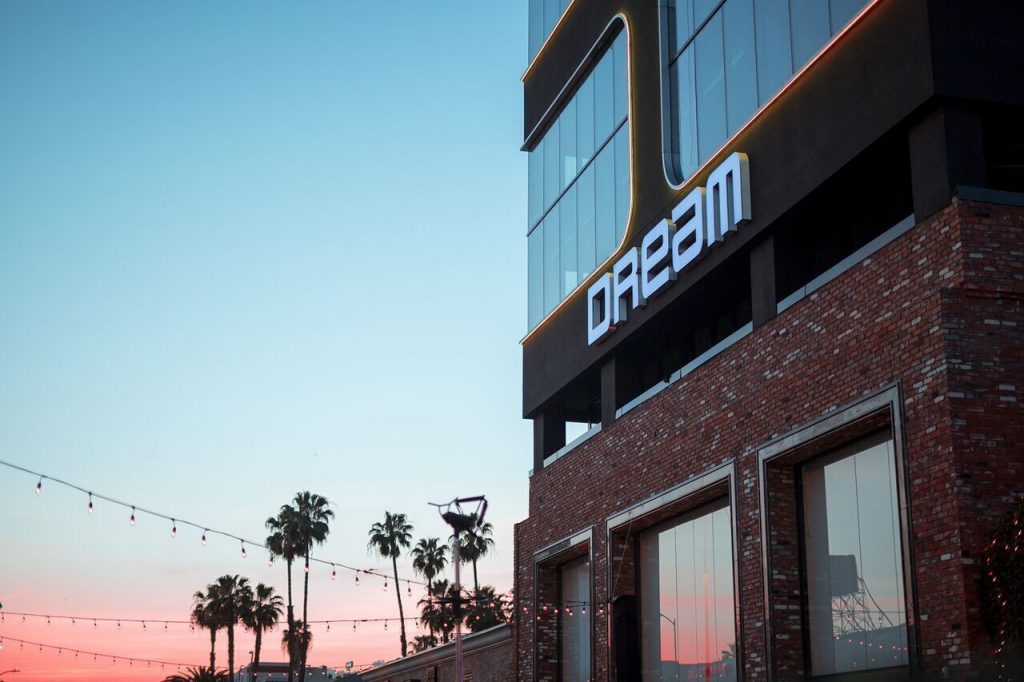 A Lifestyle Hotel Brand Fights Through Carnage to Stay Independent

The lifestyle hotel sector is increasingly crowded with bigger brands, but Dream Hotel Group is one of the few genuinely boutique players left on the field. Independence may be its trump card for brand identity moving forward.”
— Cameron Sperance

It continues to be a brutal year financially for New York-based Dream Hotel Group. But the lifestyle brand sees a path ahead for future growth — without being gobbled up by a global hotel conglomerate.

Dream Hotel Group backs the Time Hotels, Dream Hotels, Chatwal, and Unscripted Hotels luxury and lifestyle brands. But the largely U.S.-focused company has, like the entire hotel industry, imploded over the last seven months due to the coronavirus pandemic.

Dream Hotel Group CEO Jay Stein is still optimistic the company will make it to the other side of the worst year for travel intact, but it is a catastrophic year like no other for the New York hotelier.

“I never thought I’d call Sept. 11 a tiny issue from a financial impact on our business. We lost 50 percent of our top line revenue during Sept. 11, but, four or five months later, occupancies were at normal levels and then rates,” Stein said. “This has not been that. This one is devastating.”

While hotel industry executives like Stein recognize the tragedy of the Sept. 11 terrorist attacks, growing consensus from leaders like Marriott CEO Arne Sorenson is that the financial fallout from coronavirus is worse than Sept. 11 and the 2008 financial collapse combined.

A combination of travel restrictions and low demand have three of Dream Hotel Group’s five New York City hotels still closed as well as two in Thailand. But the rest of the company’s U.S. hotel portfolio is open. Don’t take that as a sign of profitability, Stein said.

“The rule was can we open and lose less money than being closed,” he added. “It wasn’t about making money because we know that isn’t feasible.”

Normal occupancy rates at Dream Hotel Group’s New York City hotels hover between 85 and 90 percent. They are currently between roughly 10 and 20 percent.

While the hotel operations division of Dream Hotel Group struggled in recent months, it has been business as usual this year for Dream’s planning and development teams.

Properties in Doha, Qatar; Antoing, Belgium; and Tulum, Mexico are still on track to open by next year.

A guest room at Dream Nashville.

There are twenty-three signed deals in Dream Hotel Group’s development pipeline, and “numerous” additional deals are in the works, Stein said.

Even on the operations side, there have been some silver linings. Occupancies at the Dream Hollywood in California and the Time Nyack in New York have been relatively strong compared to the rest of the portfolio. The Heritage House Resort & Spa on Northern California’s Mendocino Coast is seeing close to normal-year revenues due to higher demand.

“Our development team is out there looking for opportunities for us, are as busy as ever, and haven’t skipped a beat through this time,” Stein said. “There are nuances in getting financing, but that’s really been almost normal.”

Construction lending is extremely tight for the hotel industry at the moment due to so much uncertainty in what demand levels will be for the sector in coming years. But Stein is used to difficulty in getting money for his company’s projects.

Major hotel companies like Marriott and IHG and even smaller lifestyle hotel companies have banked on developing projects over the next few years by signing franchise deals with the owners of existing hotels, a transaction known as a conversion. But Stein remains optimistic about new construction projects.

“It’s not great now for new construction, no doubt. But for us, it’s never great. Nine out of 10 developers want an easy path to get the easy money,” he said. “To go with a brand like Dream instead of doing an AC Marriott is never going to be an easy path.”

Dream Hotel Group executives had pursued an expansion in Asia as recently as last year before dropping those plans.

The company still has the two hotels in Thailand as well as the Qatar and Belgium projects in development and potentially more in London. But Dream Hotel Group is concentrating more on North and Central America.

The stalled Asian expansion plans stemmed from the company investing heavily but only getting deals in secondary locations rather than primary markets like Singapore, Hong Kong, and Shanghai.

“Those markets are tough. The owners are very status, they want the bigger brands, they fund it themselves, and we couldn’t really break through the way we wanted,” Stein said.

But Dream Hotel Group is even facing tough competition from the major brands in North America.

Stein isn’t deterred by all the big-brand interest in the lifestyle hotel sector.

“We know these hotels are not cookie cutters. We can’t drop a Dream Hotel in downtown Manhattan and then go to Nashville and say we have the formula,” he added. “It’s not that easy.”

But Stein recognizes many of his competitors were acquired in recent years and that a company like his is increasingly appealing to the major, global hotel companies.

IHG acquired Kimpton for $430 million in 2015. Hyatt gained control of Thompson Hotels through its $405 million Two Roads Hospitality acquisition in 2018. Accor bought half of SBE, owner of hotel brands like SLS and Mondrian, that same year for $319 million.

“We have talked about this and spoke with some of those influential people at different times, but we made the decision a few years ago that wasn’t the direction we’re going to go at this point,” Stein said. “We have a plan to keep building out our four brands and build to a bigger footprint, and then we’ll reevaluate.”

In the meantime, the hotel executive feels guests get a more authentic experience at a lifestyle hotel unaffiliated with a massive corporation.

“I think it’s going to get harder and harder for those companies to absorb these types of brands and for the brands to stay true,” Stein said. “Thompson under Hyatt is going to struggle. That’s where we get the leg up.”

There are a variety of places that you might go looking to try and earn some extra cash online, but none are going to provide the sort of opportunity that The Online Publishers “TOP” platform will give you. Once you have signed up with TOP platform as a blogger then you can start to get access to freelance writing jobs for bloggers that are on the site.