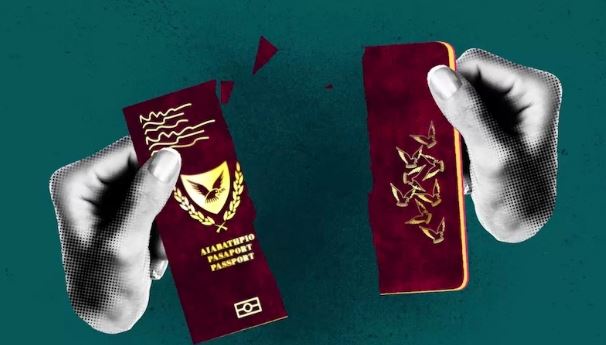 The European Commission announced on Tuesday it would start “infringement procedures” against Cyprus and Malta over their controversial citizenship through investment programmes.

The commission said that selling citizenship “undermines the essence of EU citizenship”.

Infringement procedures are the EU equivalent of legal action against a country that fails to implement EU law, and can lead to financial penalties.

The announcement comes just over a week after Al Jazeera’s Investigative Unit released The Cyprus Papers Undercover, which implicated high-ranking Cypriot officials who expressed a willingness to sell EU passports to criminals.

The day after the investigation was published, Cyprus announced it would suspend its programme on November 1 as Attorney General George Savvidis announced a criminal investigation into the revelations.

Do you have more info about golden passport sales in Cyprus or elsewhere, or do you want to share another tip with the Investigations Unit? Contact us on +974 5080 0207 (WhatsApp/Signal), or find other ways to reach out on our Tips page.

Cyprus and Malta now have two months to respond to the EU letter, after which the bloc could decide to take the case to the European Court of Justice if it considers EU law is still not being followed.

Brussels has long criticised the Cypriot and Maltese “golden passport” schemes, which allow people who invest large sums of money in the country, usually in property, to obtain a passport, granting them access to work, travel and financial markets in the EU.

According to the EU and anti-corruption NGOs, the programmes offer opportunities to people who want to launder money.

According to the commission, “the granting of EU citizenship for pre-determined payments or investments without any genuine link with the member states concerned, undermines the essence of EU citizenship”.

Cyprus and Malta have made hundreds of millions of euros from the schemes since their introduction in 2013 and 2014 respectively, boosting the island nations’ ailing economies following the euro crisis.

Laure Brillaud, Senior Anti-Money Laundering Policy Officer at Transparency International EU, said the EU’s plans were “exactly the kind of decisive action we have been calling for.”

“There is overwhelming evidence that the golden visa schemes of Cyprus and Malta have been serving corrupt interests, not the common good. For years, the governments of both countries have ignored public outrage. The European Commission’s decision means they could find themselves in the European Court of Justice, unless both countries take swift action to end the abuse,” the organisation said in a statement.

The commission sent a similar letter to Bulgaria, asking for clarification on its citizenship through investment programme, calling for the programme to be phased out.

The sale of passports in Cyprus has also been used to sweeten relations with large international investors.

Al Jazeera revealed details of a collective application for 18 directors of the Melco Group, a Hong-Kong based investor behind a 550 million-euro ($645m) casino-resort.

Cyprus’ Auditor General Odysseas Michaelides told Al Jazeera that his office was investigating how these passports were fast-tracked.

The directors and their families bypassed a requirement that means applicants must hold a residency permit for six months before they apply for full citizenship.

It appeared this was done at the direction of then interior minister, Constantinos Petrides.

Michaelides expressed doubts that the directors met another requirement, to have each paid tax in Cyprus of $100,000 over three years.

Melco won tender to develop the resort in 2017; the passports were approved in July 2019.

“It seems that there could not have been a period of three years for these people to have been directors in Cyprus in order to have citizenship,” Michaelides told Al Jazeera.

Melco maintains that it acted in accordance with the Cyprus Investment Programme (CIP).

Al Jazeera’s investigation led to Speaker of the House of Representatives Demetris Syllouris and Member of Parliament Christakis Giovanis (also referred to as Giovani) resigning – both had been implicated in the undercover film – and sparked anti-corruption protests.

TOP is the best option for you whenever you are looking for the best way to gain experience fast and help others by offering SEO services, backlink management services, and possibly more. The Online Publishers TOP Platform  is the best freelance hub to check in with today that has many freelance jobs to consider.