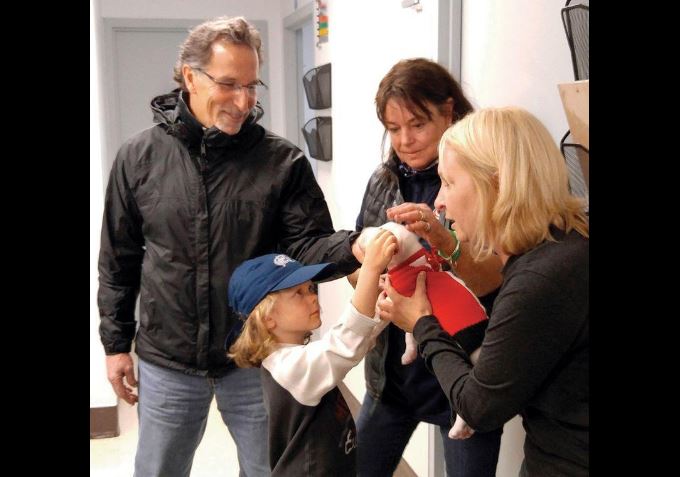 For the Columbus Blue Jackets coach, hockey is the hook—he’d rather talk about dogs and horses.

Over the years, the Tortorella household north of Columbus has become a haven of sorts, a second-chance home for animals in need. John Tortorella, the Blue Jackets coach, talks with tenderness about his family’s dogs, the ”pittie″ mixes. First, there’s Jack, whose mother was run over when he was a feral pup. John and his wife, Christine, rescued him. There’s Blaze and Sherman, spared from a poorly run shelter, and Kali, the foster who never left. And there are horses—Willow, Rose and Skye—all rescues too.

Their home reflects the Tortorellas′ passion, not just for pets but for abused and discarded animals. Their work often takes shape through The John and Christine Tortorella Family Foundation, which started as an outlet for Christine’s literacy program before morphing into a wide-ranging philanthropic organization. She’s a children’s author and animal nut who says her first word was probably “dog.”

In 2012, when John was coaching the New York Rangers, Christine heard about a troubled animal shelter nearby that volunteers were trying to reform. One night, she and her son, Nick, scaled a fence to see for themselves, and they were floored by the terrible conditions. Dogs and cats were locked away, neglected, sick. Blaze had been there since 2009, growing thinner and thinner while the Tortorellas were enjoying their “lucky lifestyle” just 2 miles away. “And I promised I would never live that way in ignorance of suffering,” Christine says.

They began walking the dogs daily, along with a growing group of volunteers, and adopted Blaze and, later, Sherman. The Rangers held a charity dog walk, and the Tortorella foundation used the money to fund fenced-in play areas and staffing at the shelter.

The experience opened their eyes to the desperate situation of animals who’d fallen through the cracks of the sheltering and adoption systems. Though the foundation continues to support other causes, animal welfare has become a huge component. The Tortorellas fund nonprofits involved in shelter and rescue in several states, the Homeless to Home cat sanctuary in Marion and humane societies across Ohio, among many other organizations.

When John arrived in Columbus in 2015, he found a kindred spirit in Anthony Rothman, co-host of 97.1 The Fan’s Carpenter & Rothman show and a longtime volunteer agent with Columbus Humane. After Rothman reached out, John suggested a radio show on dogs, and the weekly “Hockey & Hounds” segment was born. It’s a spoonful of sugary sports so the public takes its animal-welfare medicine. “I don’t even want to talk hockey,” John says. “I want to talk about the dogs and some of the things Anthony brings up.”

They spend airtime discussing specific dogs who need adoptive homes, shelters that need help and the duo’s collaborative projects, like when they gathered volunteers in spring 2019 to build insulated doghouses for people who couldn’t afford them. The most substantive issue they’ve discussed, the one that gets to the heart of their work, was the anti-puppy-mill bill they championed throughout Ohio’s legislative process in 2018. Rothman has seen the aftermath of breeders who don’t provide adequate care, oversupply the pet market—limiting the homes for shelter animals—and discard overbred dogs after they’re done. “It’s a horrible cycle that we’re looking to break, and so that’s why we wanted to increase the spotlight on those high-volume breeders.”

The spotlight is the key. John has it thanks to his job, and he works to shift attention to where it’s needed. He points to another of the foundation’s main beneficiaries, Bella Run Equine, which provided the Tortorellas′ horses Willow and Rose. Run by Zack and Rachel Bendler, the Athens-based nonprofit rescues horses bound for slaughter sales, rehabilitates them and finds permanent homes. As with dogs, overbreeding is a culprit, Rachel says, but the other dilemma is a “people problem”—a lack of education about training and ownership that ends with a homeless horse.

Christine and Bella Run are collaborating on an educational coloring book to teach kids about compassionate horse care, and the Tortorellas have paid for Bella Run to purchase individual horses from the auction block. Their biggest contribution has been the foundation’s grants that funded a 10-stall barn addition—tripling capacity—and the first part-time staffer to free up Rachel and her husband for big-picture, long-term work. Sometimes she asks if she can post something to Facebook to let everyone know what John and Christine have done, but they typically demur.

“There’s no desire for that with him,” Rachel says. “He wants to help, and that’s good enough.”

Are you looking for a great place to open an offshore bank account?  Try Portugal.  You can choose whether you also wish to live there.  Whatever you decide, you are welcome to open a personal or corporate bank account.  #topcompanyformation.com